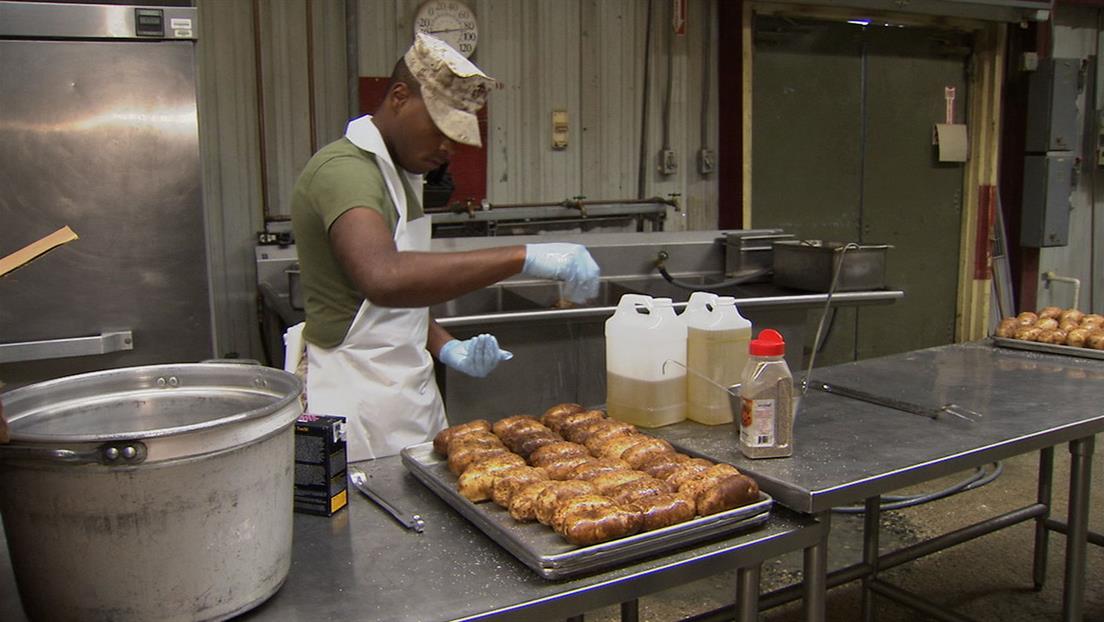 Explore the complex logistics behind creating feasts for the largest and most ravenous crowds. At the U.S. Naval Base in Bangor, Washington, hop aboard a nuclear submarine stuffed with enough food for a 120-day mission. At the U.S. Marine Corps’ base in Twentynine Palms, California, follow a brigade of cooks as they prepare their “Victory Meal” for more than a thousand Marines. At the Philadelphia Eagles’ football stadium, see how a major food supplier satisfies 69,000 fans during an NFL game. Watch a team of experts rapidly assemble a remote kitchen as they prepare to cater the official after party of the American Music Awards. In Las Vegas, the cooking team at Planet Hollywood’s Spice Market Buffet will show viewers what it takes to feed a never-ending line of gamblers. And at Gate Gourmet kitchen in New York, watch as thousands of airline meals are whipped together in just one day.