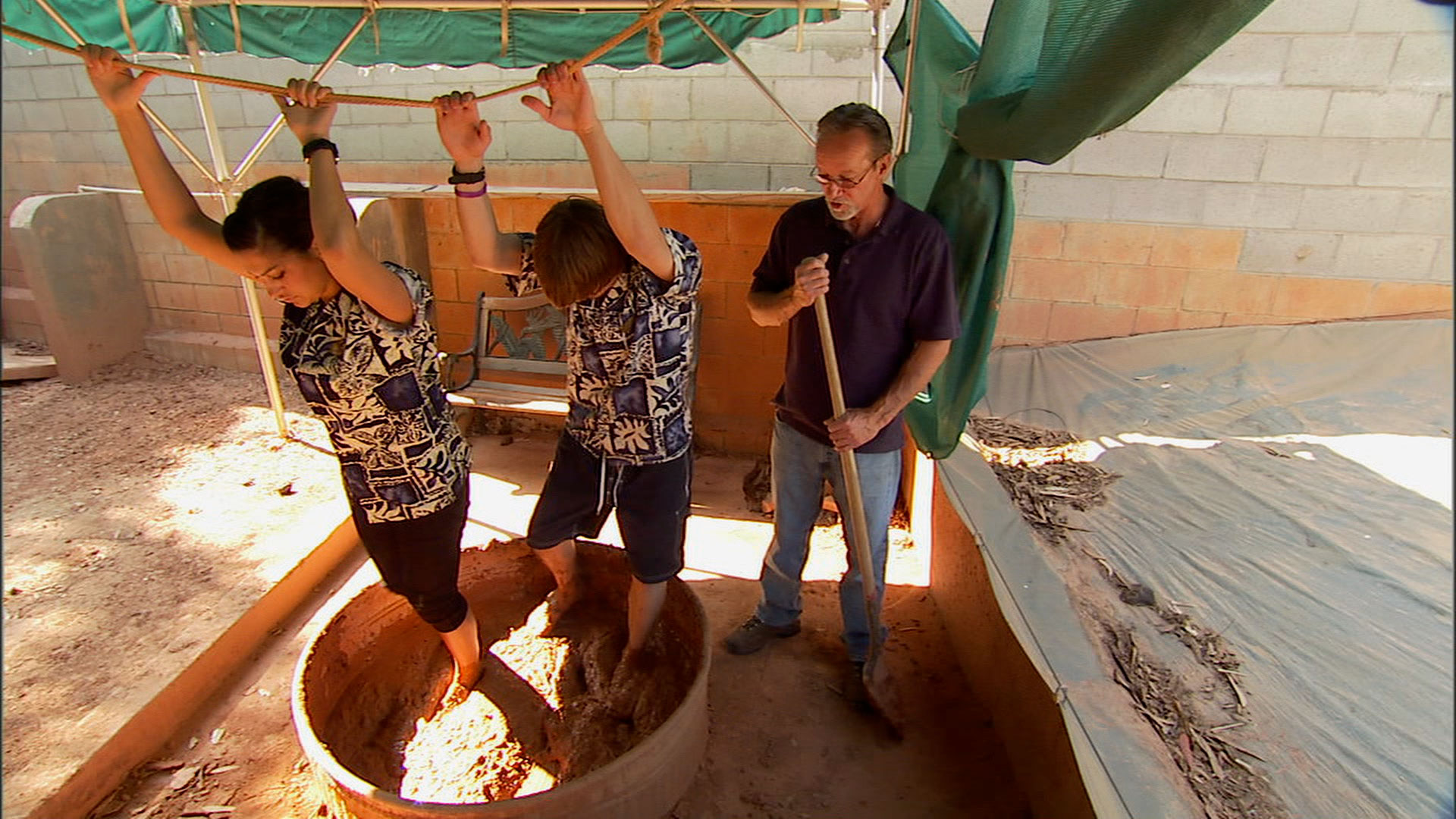 You know the old saying “dull as dirt”…wrong! In Las Vegas we’ll see how thousands of tons of dirt transform a stadium into a Supercross course, and in New Jersey we’ll slog into a secret bog to collect the special mud that every major league team relies on to give extra grip to baseballs. Then, we’ll join in the down and dirty fun of mud wrestling at a state fair in Hawaii. In Tucson we’ll see how modern adobe and stunning rammed-earth homes are made. To farmers, “dirt” is “soil” and in a teaspoon of healthy soil there are more living organisms than people on our planet. We’ll find out where they came from at a sprawling potting soil facility in central California where huge earth moving equipment adds tons of dried kelp, bat guano and other ingredients to dirt. At exclusive spas we’ll watch patrons submerge in mud. Finally, we’ll visit the Tide detergent factory–why? To get the dirt out, of course.