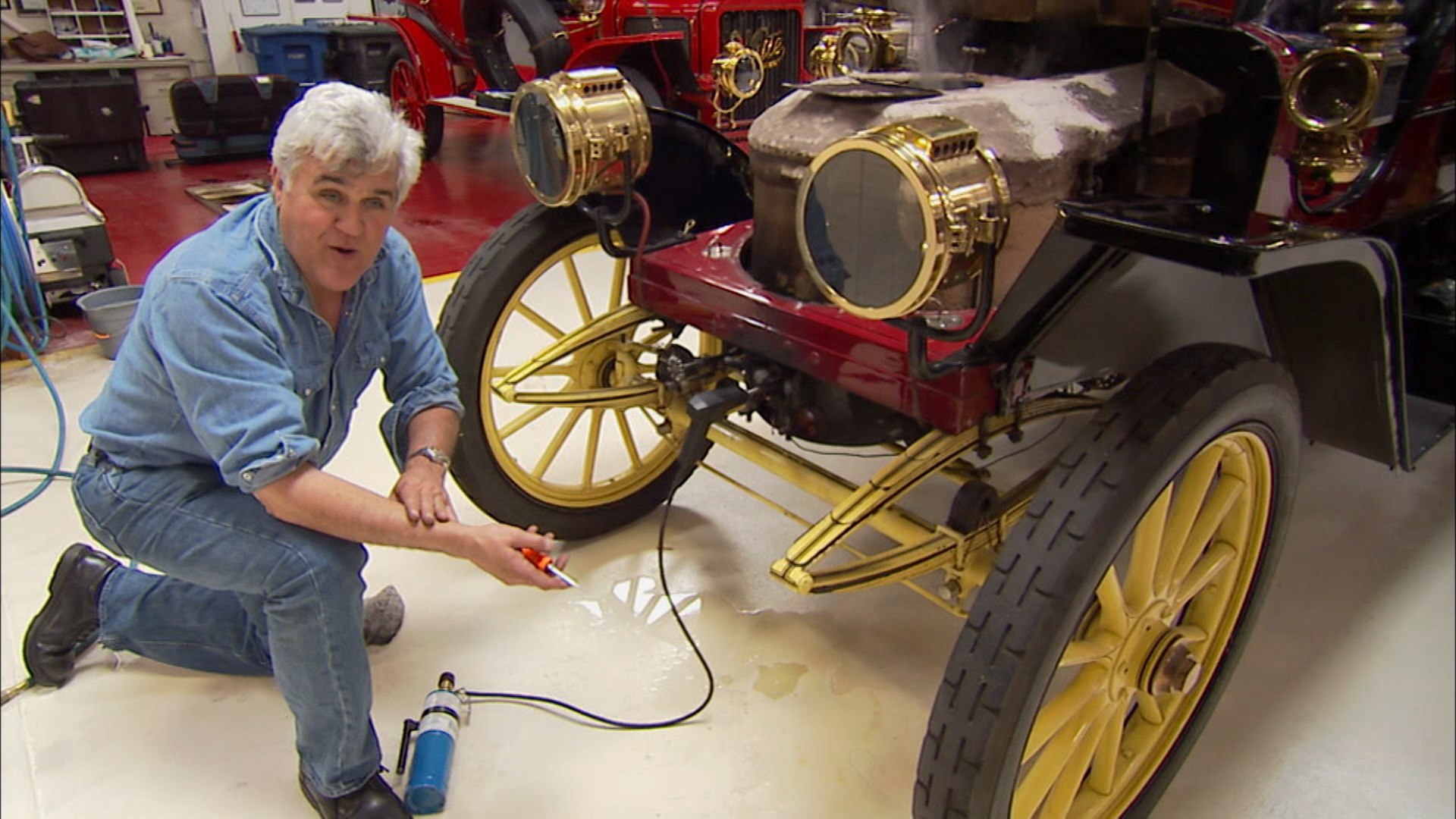 It’s full steam ahead when we drop in at Jay Leno’s garage as Jay fires up two of his classic steam cars and takes viewers for a couple of rides. Jay also shows off his 11-ton steam engine built in 1860, back when pigs had to be slaughtered to keep it lubricated. In northern Nevada, fire up a coal burning boiler and get a 100-year-old steam locomotive chugging across the rugged landscape. In New Orleans, board an authentic paddlewheel steamboat. Trek to the Southern California desert where geothermal steam rushes up from the ground and drives electricity producing turbines, powering over 300,000 homes. In New York City, find out why manmade steam surges into some of the world’s most famous skyscrapers. Steam clean some very dirty machines, and do a little laundry, too. And ride a steam-driven carousel and play with some strange, steam-powered robots that are part of a movement called–what else–“steampunk.”