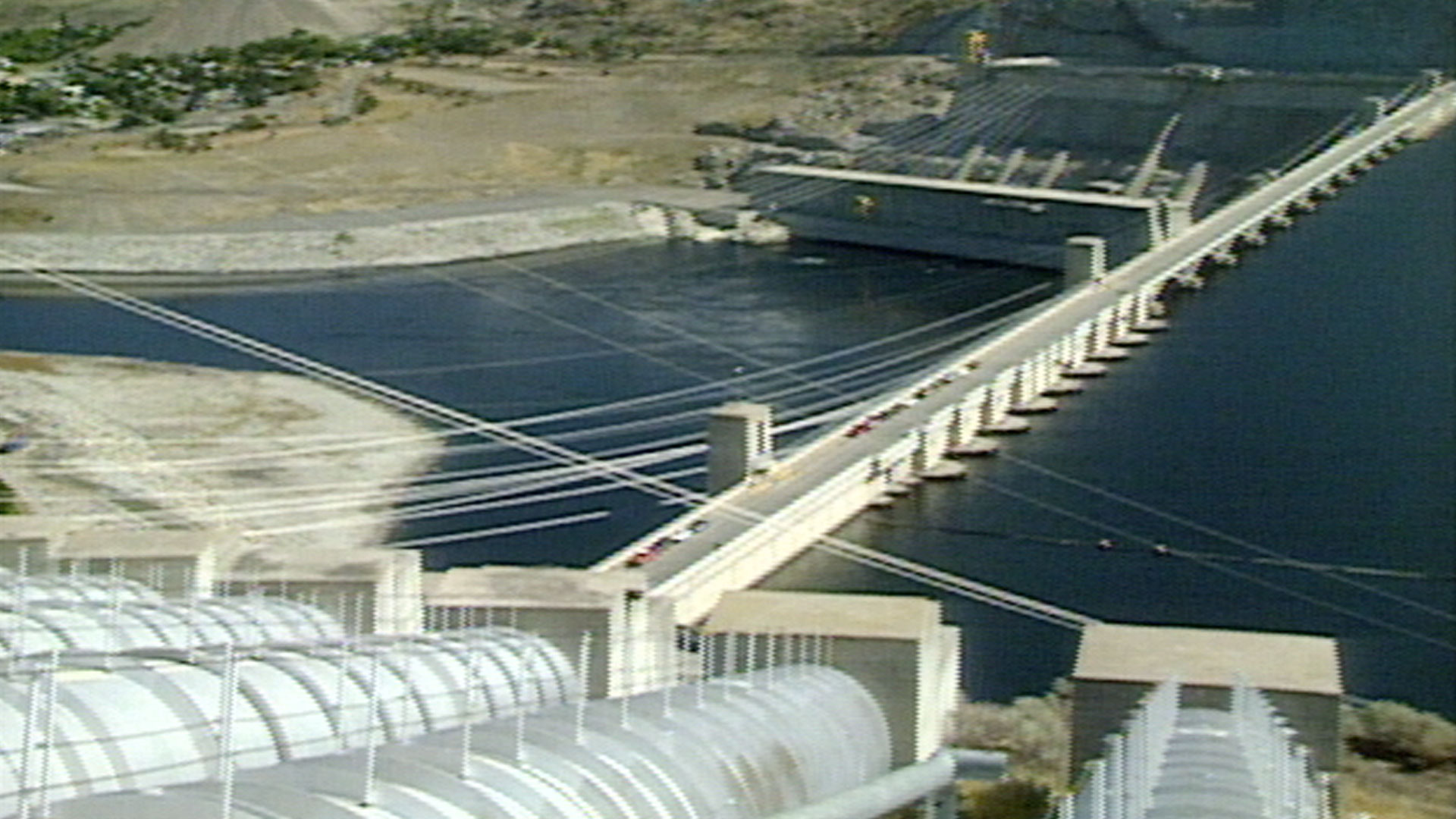 The world's largest concrete dam--and the second largest concrete structure in the world--lies on the Columbia River in the State of Washington. It is also one of the largest hydroelectric power plants in the wrold, and it's huge irrigation pumps are big enought to pump dry most of the rivers in the United States. It's construction in an isolated and thinly populated area of the U.S. during the Depression years, was one of the greatest achievements of the Work Projects Administration, President Franklin Roosevelt's bid to restore prosperity and jobs to a nation in trouble. Constructed by Mason-Walsh-Atkinson-Kier Co. in 1931, it is 550 feet high and 4,173 feet in length.