Pawning Through the Ages 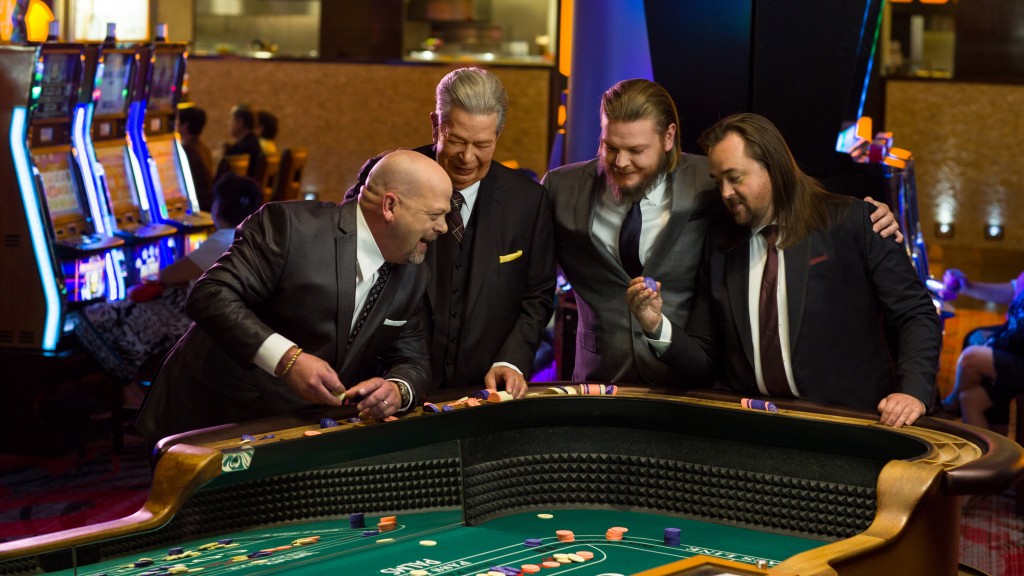 For thousands of years, people all over the world have from time to time found themselves with one problem in common—the need for fast cash. And for almost as long, there’s been one easy way to solve it: To “pawn” personal items of value for a cash loan. Throughout history, pawnbrokers have provided monetary loans in exchange for valuable items. These items are then held by the pawnbroker for a contractual period of time during which the owner of the item can repay the cash loan, plus an amount of interest, to reclaim their goods. If they are unable to come up with the money to buy the item back, the broker has the right to sell the item to another buyer. In the United States today, more than 12,000 pawn shops operate nationwide, their shelves filled with an eclectic array of items from the ordinary to the unbelievable. Each has its own unique story and past.

More than 3,000 years ago, pawn shops first emerged in Ancient China as a method of granting short-term credit to peasants. Some pawnbrokers operated independently, but over time most of these businesses were run through pawn shops. Pawnbroking thrived in ancient Greece and Rome, giving merchants a way to get small shops off the ground. During the Middle Ages, some restrictions were placed on charging interest by the Catholic Church, halting the growth of pawn shops. These rules were relaxed in the 14th and 15th centuries in Europe as short-term credit became an important way of financing business endeavors and granting temporary aid to the poor. Prominent families such as the Lombards of England and the Medicis of Italy became known as money-lending families. England’s King Edward III famously pawned his jewels to the Lombards in 1388 to help finance war against France, and Queen Isabella of Spain is said to have put up her jewelry as collateral to fund Christopher Columbus’ expeditions to the New World.

The word “pawn” stems from the Latin word “patinum” meaning cloth or clothing. For the working class, clothes were often the most valuable items they owned. Though the majority of pawn shops have always been privately operated, some public pawn shops were set up as charitable funds in Europe in the 18th century, offering low interest loans to the poor to help curb debt. The practice of pawning clothes on Monday and retrieving them on Friday--“payday”--was a common way for poor people to make it through the week during the 19th century. Since people in need of quick cash were more apt to be on the fringes of society during this era, protections were put in place to try to prevent the pawning of stolen items. The Pawnbrokers Act of 1872 in England established regulations protecting pawnbrokers who inadvertently sold stolen items. This act also stipulated the amount of interest that could be charged on pawned items, and set out overall guidelines for the industry, establishing a pattern of regulation that continues today.

In the past 100 years, the number of pawn shops has skyrocketed in the United States. During the Great Depression era, pawn shops were among the only institutions offering cash as banks failed and people were forced to give up their cherished items to make ends meet. Today, whether in big cities and small towns, pawn shops are still a primary place people can go to turn their items into cash. These shops operate as mini-banks for millions of Americans who do not hold checking accounts, and they also serve as an area of exchange for people of all class backgrounds to buy and sell unique, rare or coveted items. Electronics, musical instruments and distinctive pieces of clothing are also commonly pawned items.

The pawn shop industry has been criticized at times for preying upon the poor with inflated interest rates and low-balling the value of goods in order to turn a profit. But organizations such as the National Pawnbrokers Association, established in 1988, contend that their industry offers a viable solution for those in need of cash. Pawn shops are required to uphold clear regulations about the terms of the pawn contract and the amount of interest on the cash loans. Each pawned item is also registered to prevent the sale of stolen items.

Pawn shops are repositories of history, holding antiques, jewelry, furniture and other items that have been passed from generation to generation. Their owners may genuinely know their source, or offer tales of where they believe items came from and how much they are worth. Of course, pawn brokers do their own assessment of each item, estimating its age, authenticity and value on the open market. Along the way, they develop a unique set of skills, sniffing out the authentic from the fake, the valuable from the worthless and the art of driving a hard bargain.