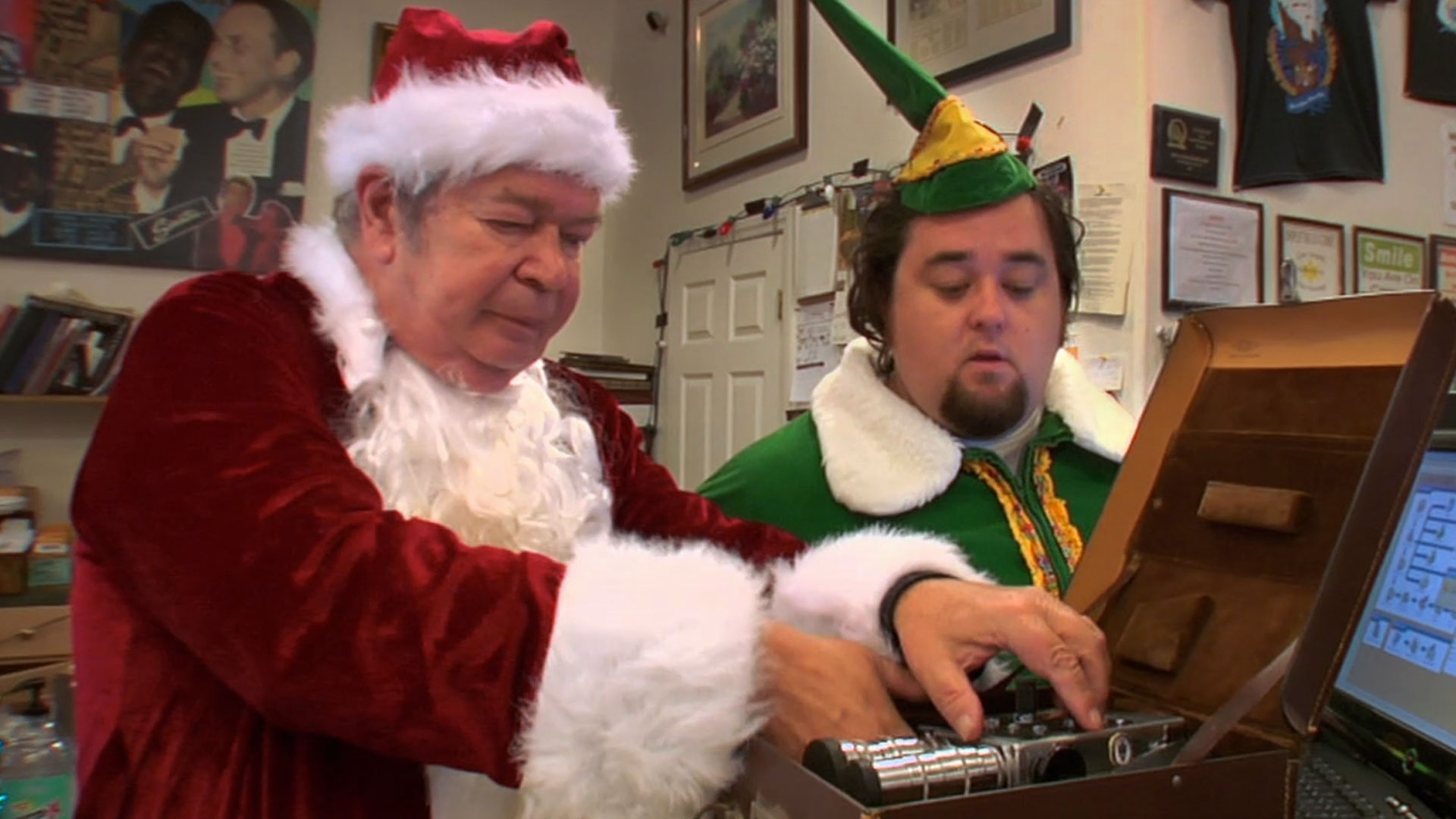 It’s Christmas at the Pawn Shop–time to find out who’s been naughty, who’s been nice, who’s dressed as Santa and who pays the price. The Pawn Stars look to buy revolutionary war currency that may have been printed by Ben Franklin–will they stop the presses and make the deal? And later a woman brings in a battered battle ax believed to be from the 15 century.