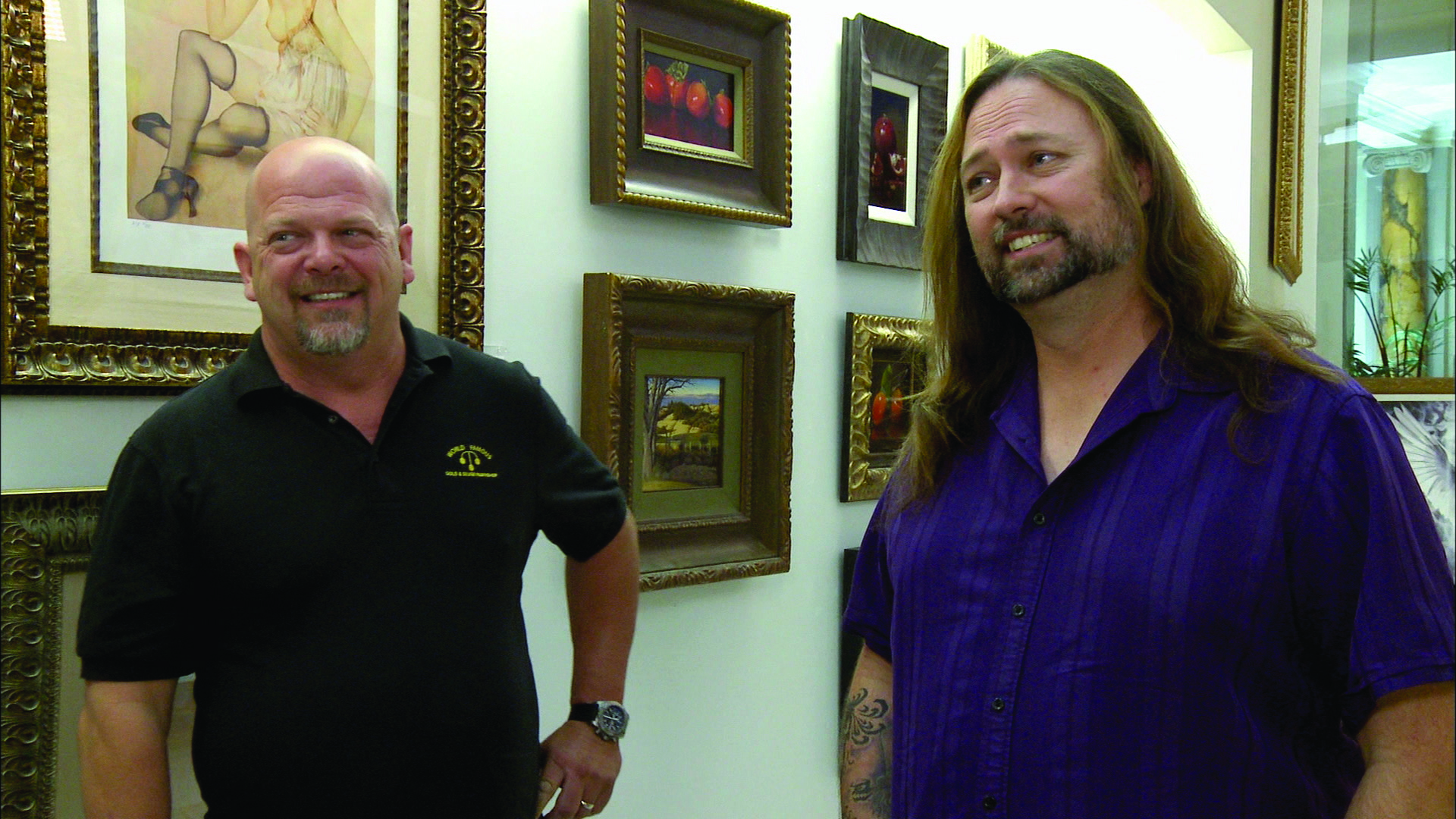 Read between the lines with the Pawn Stars when an etching by Pablo Picasso traces into the shop. Will Rick be able to draw a line under the deal or is the piece just too sketchy? Then, Corey and Chumlee swing for the fences with a bat signed by legendary athlete Bo Jackson. Can they hit a home run or will the guys strike out? And later, Rick is surprised when Chum is the first member of his new book club. Will they be able to get on the same page or would Rick be right to judge a book by its cover?