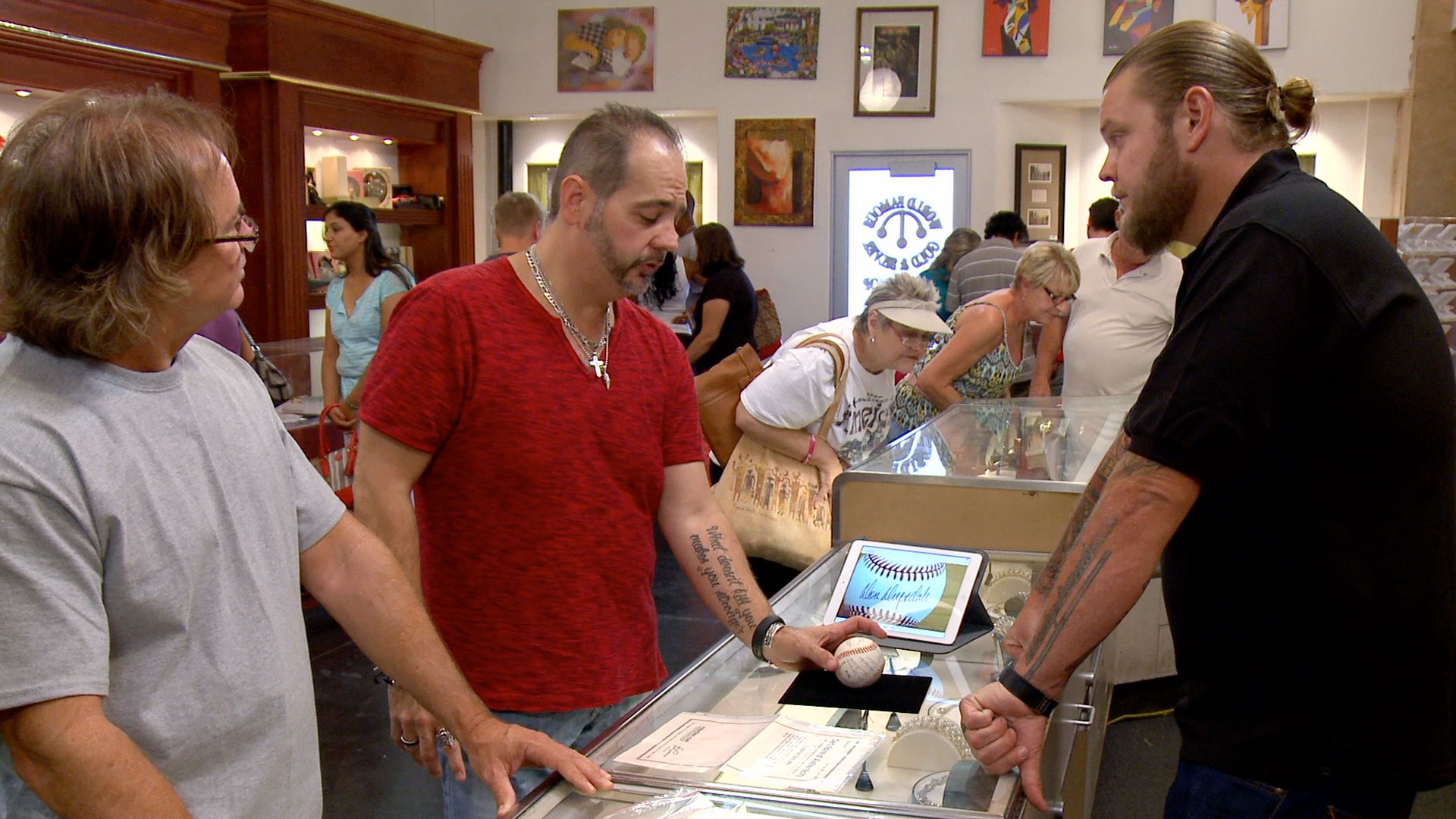 Step up to the plate with the Pawn Stars when a baseball believed to be signed by the 1959 World Series Champions, the Dodgers, gets thrown into the shop. Will Corey be able to hit it out of the park or will he strike out? Then, Rick gets his big break when he is presented with a rare Berndt-Maurer 1930s movie camera. Will he yell “Action” on the deal or will it be a bad take? And later, the Old Man vows retribution after Rick bans all junk food from the shop. Will revenge be sweet for the Old Man or will the plan go sour?