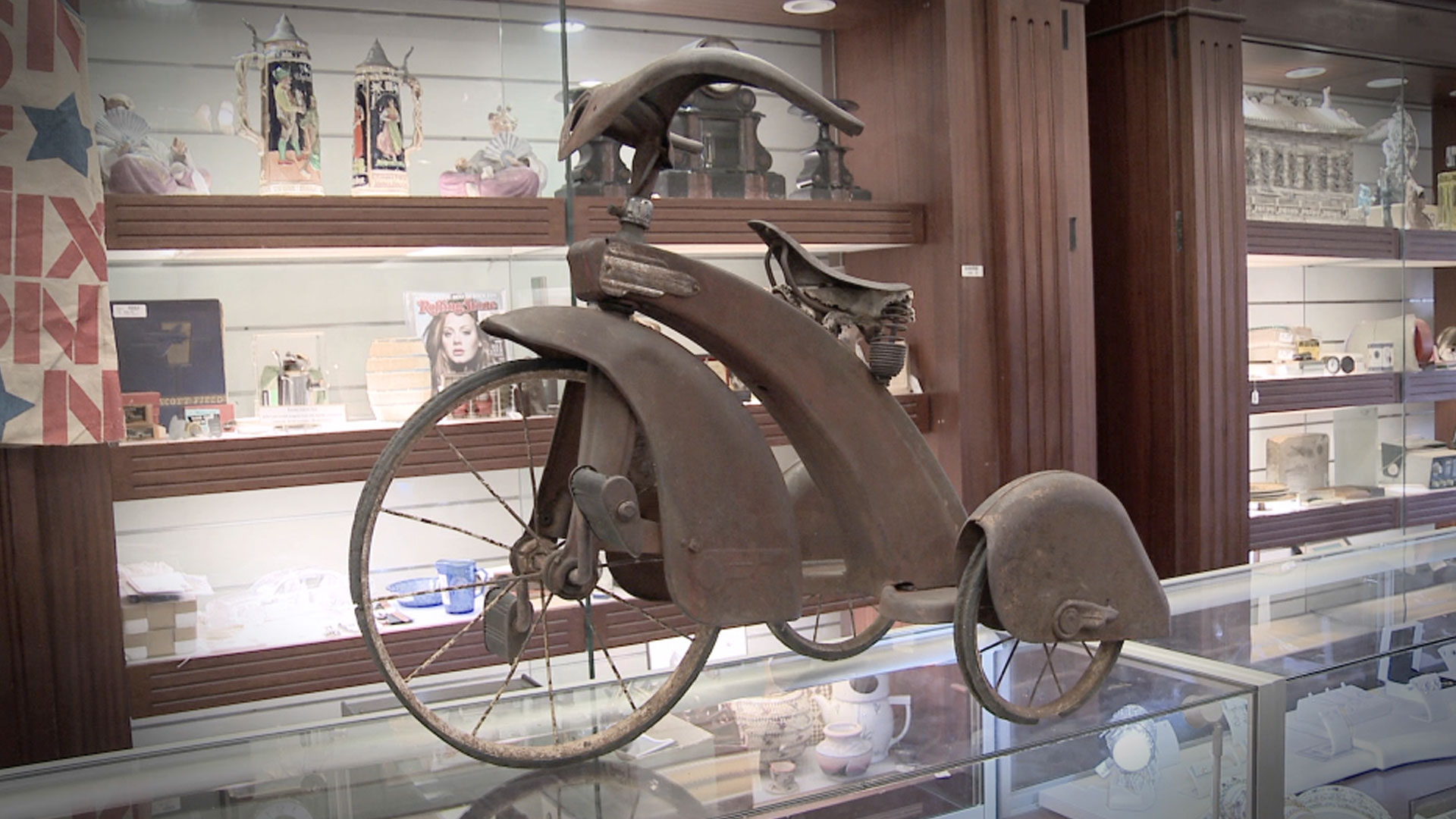 Play ball with the Pawn Stars when a 1923 Babe Ruth baseball card, graded a perfect 10, steps up to the plate. Will Rick be able to knock it out of the park on this rare card or will he get called out? Then, Rick is brought back to the 1930s when an unrestored children’s tricycle pedals into the shop. Will he toy with the idea of fixing it up it or will the cost cause him to hit the brakes? And later, after Corey totals his truck, he is forced to drive the company car with Rick’s face on it. Will Corey end up understanding the truck’s true face value or will he force Rick to face facts?