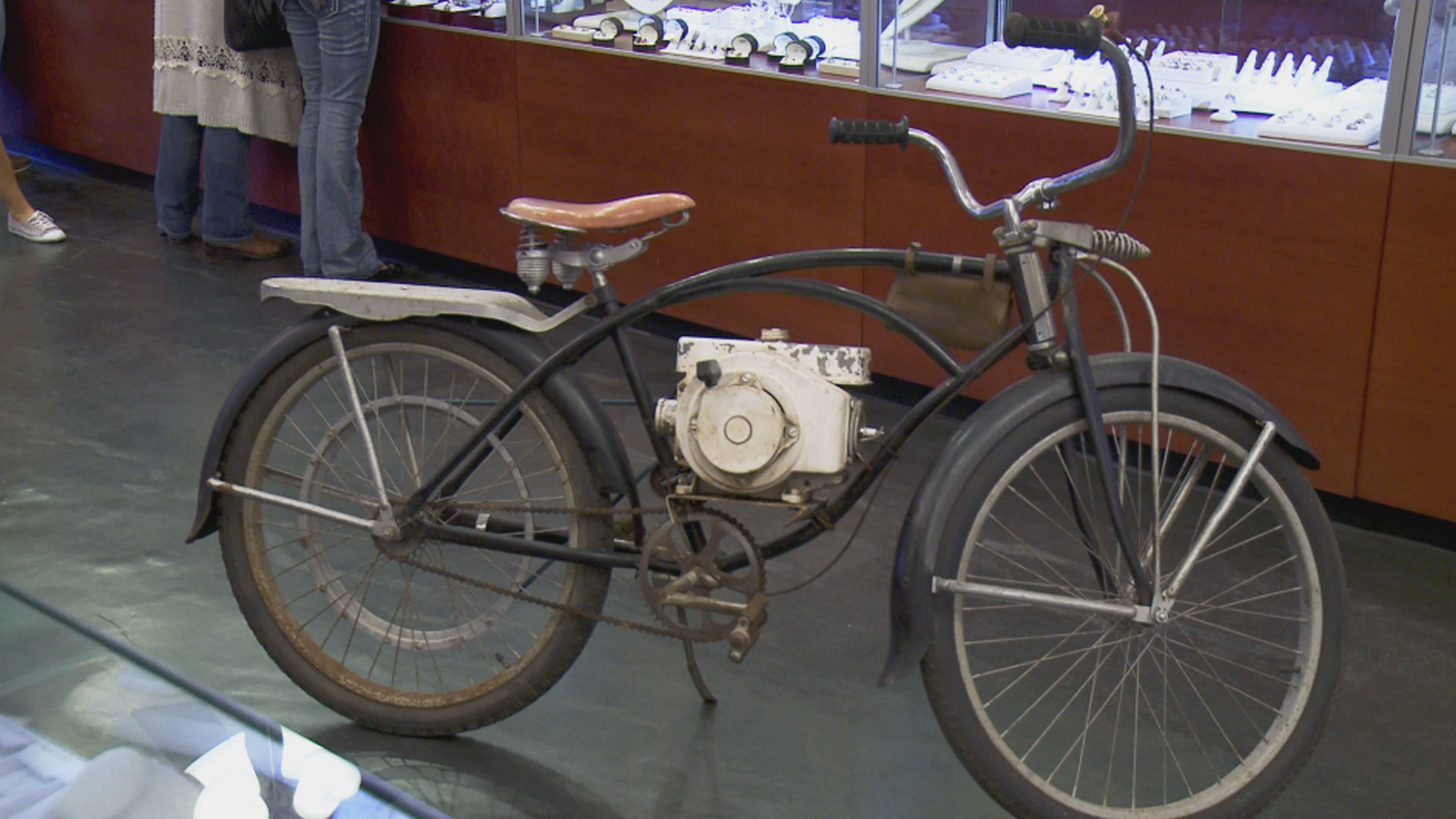 Wield a lightsaber with the Pawn Stars when a one-of-a-kind “Star Wars” packaged Boba Fett prototype strides into the shop. Will the Force be with Rick or will he not pay the bounty? Next, an early 1900s Shelby bicycle wheels in. Will Corey frame out a deal or tire of negotiations? Then, Steve Grad wows Rick with his otherworldly “Star Wars” autographed poster and massive card collection. Are these the Droids he’s looking for or will he think it’s a C-3P-no? And later, a “Star Wars”-used piece of the Death Star docks at the shop. Will Rick laser in on an offer or will it blow up in his face?