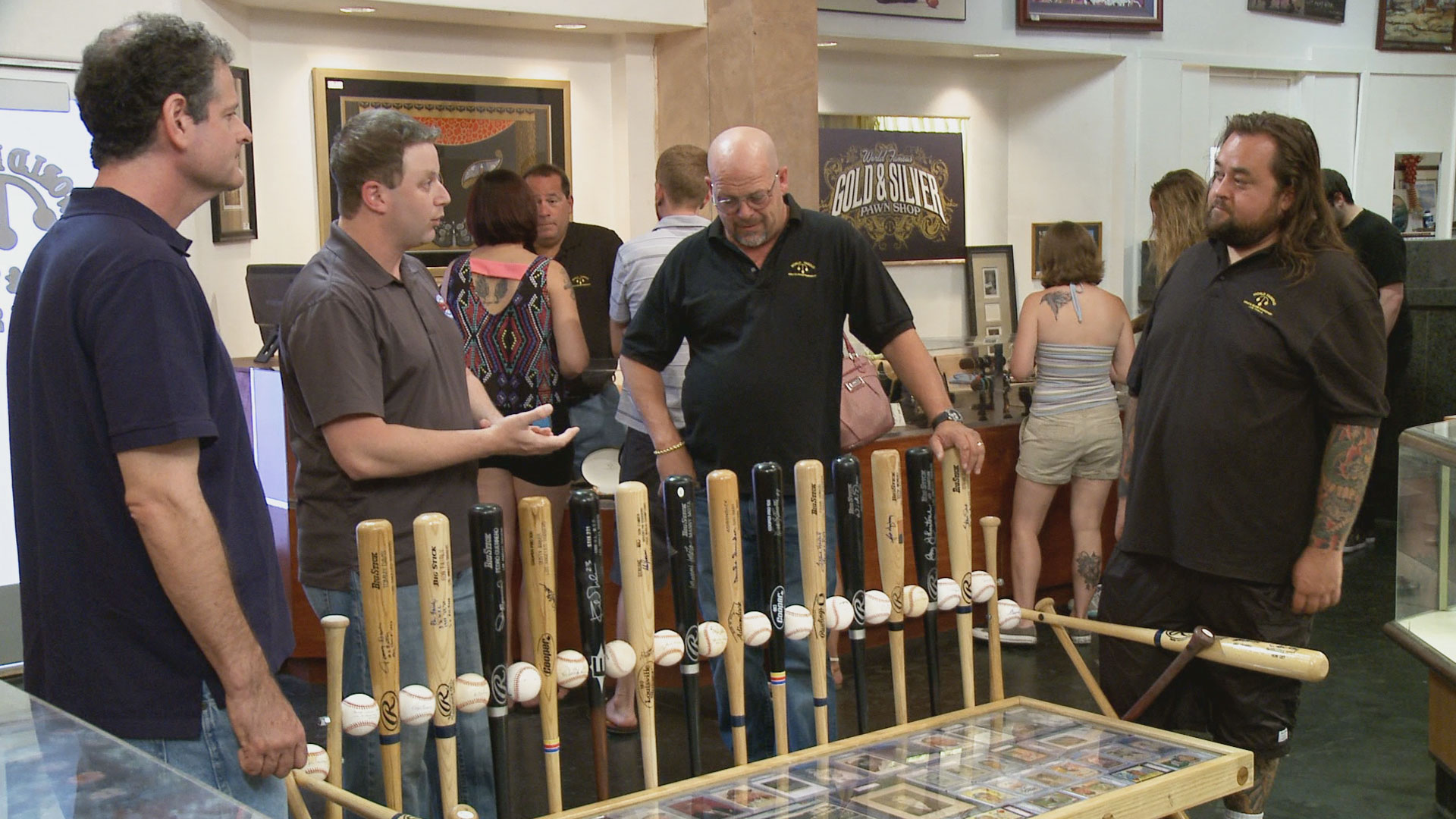 Batter up with the Pawn Stars when an all-star Dodger’s baseball memorabilia bench faces Rick in the bottom of the ninth. Will it be a grand slam sale or will he strike out? Then, a 19th century Hobbs & Co. lock box bolts in. Will Corey hold the key to unlock a deal or will it get jammed? Next, there’s a prankster in the shop when an original Woody Woodpecker oil painting is brought in. Will Rick tap into a sale or will he laugh it off? And later, Rick gets schooled when a set of educational books called the Delphian Course cram into the shop. Will Rick become a deal-making savant or will he have to repeat the class?