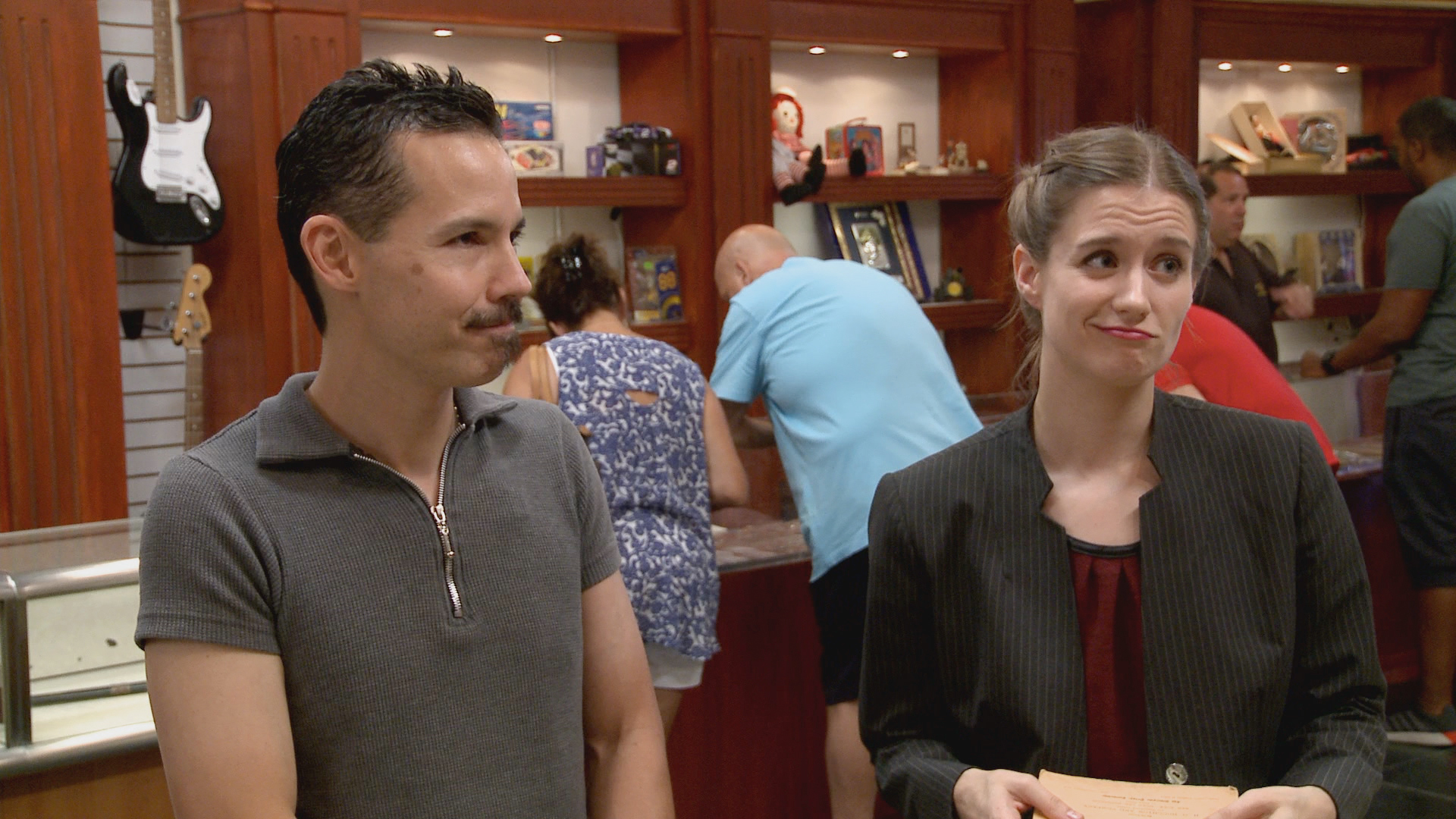 Catch a wave with the Pawn Stars when an original Beach Boys surfboard rides into the shop. Will Rick hang ten with a totally awesome deal, or will he have a gnarly wipe out? Next, Rick gets adventurous when a magazine feature penned by Mark Twain turns up. Will it be an instant classic or will it be sold down the river? Then, things get sloppy when an early 1900s spirit hydrometer pours in. Will Corey have the liquid courage to make an offer or will he be off the sauce? And later, things get psychedelic when an original Peter Max Statue of Liberty painting is brought in. Will Rick liberate a deal or will it get torched?