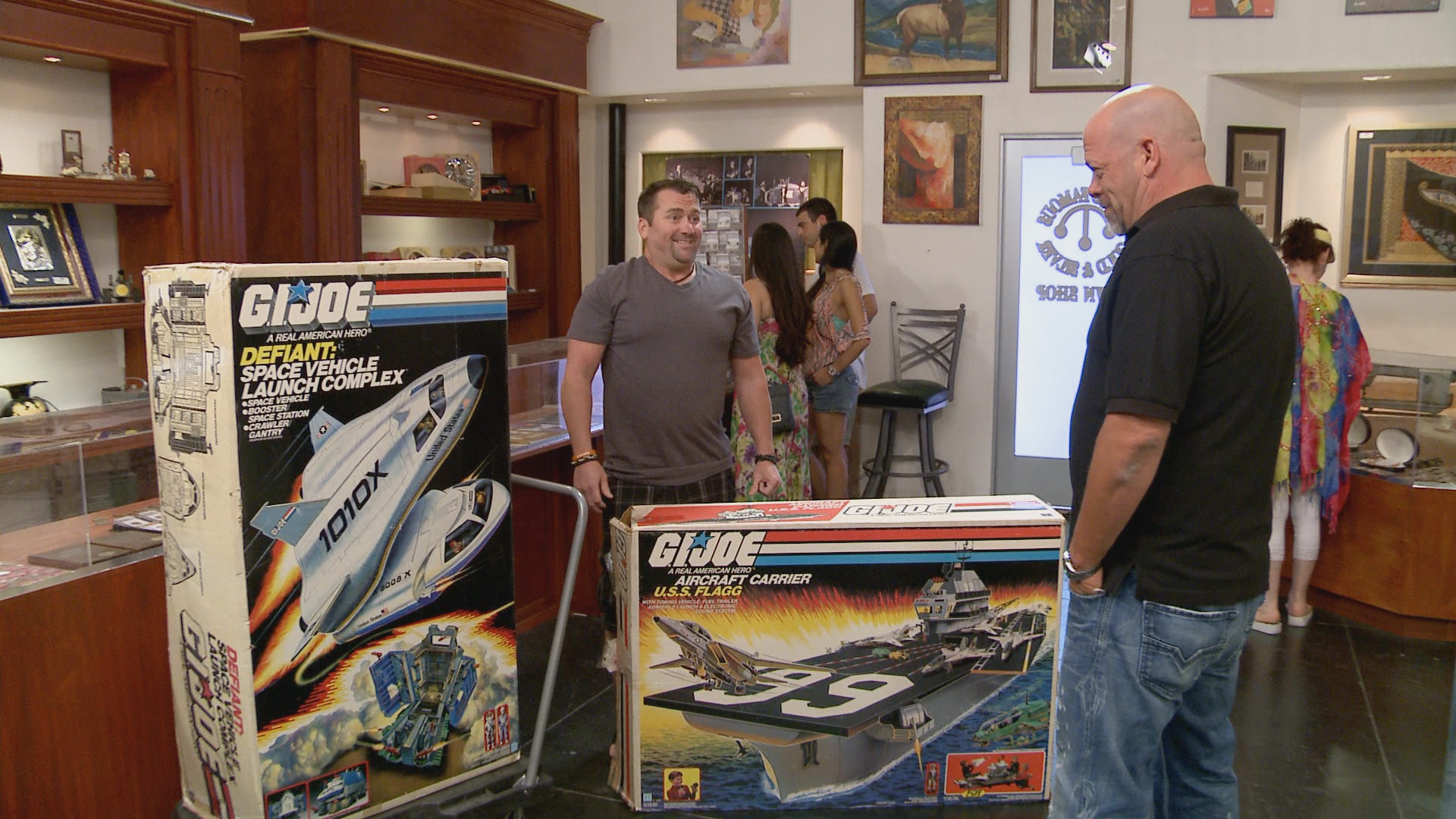 Assemble the troops with the Pawn Stars when two rare G.I. Joe playsets lay siege to the shop. Will Rick make the deal his mission or will his offer be discharged? Next, Corey checks out a 1950s Chinese military motorcycle. Will he steer it towards a sale or will his offer be as small as the sidecar? Then, “the British are coming!” when a photograph and letter signed by poet Henry Wadsworth Longfellow rides in. Will Rick seal the deal or will he think twice about the price? And later, things get screwy when an antique Black and Decker drill bolts in. Will Corey fix up an offer or will he act like a tool?