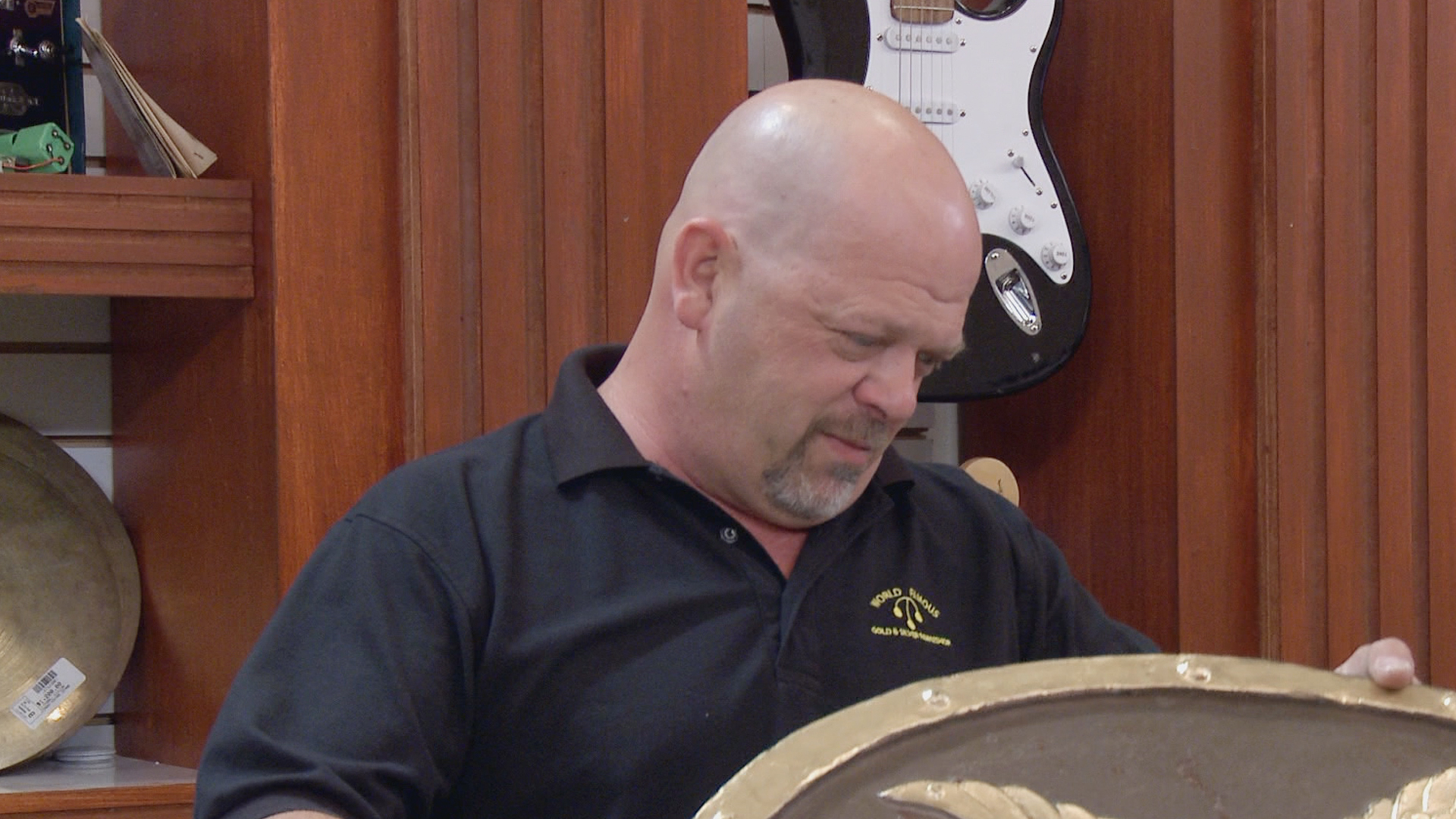 Take a trip to Tinseltown and revisit the coolest Hollywood items ever to appear on Pawn Stars: a letter terminating Marilyn Monroe from her 20th Century Fox contract, a life-size replica of the classic “Creature from the Black Lagoon,” the ’51 Chevy convertible driven by Hollywood icon Steve McQueen in his final film, a rare collection of unpublished photos of Paul Newman, a prop shield used in the 1963 masterpiece “Cleopatra” and a whip supposedly from the Indiana Jones film franchise that has Chum snapping to attention.