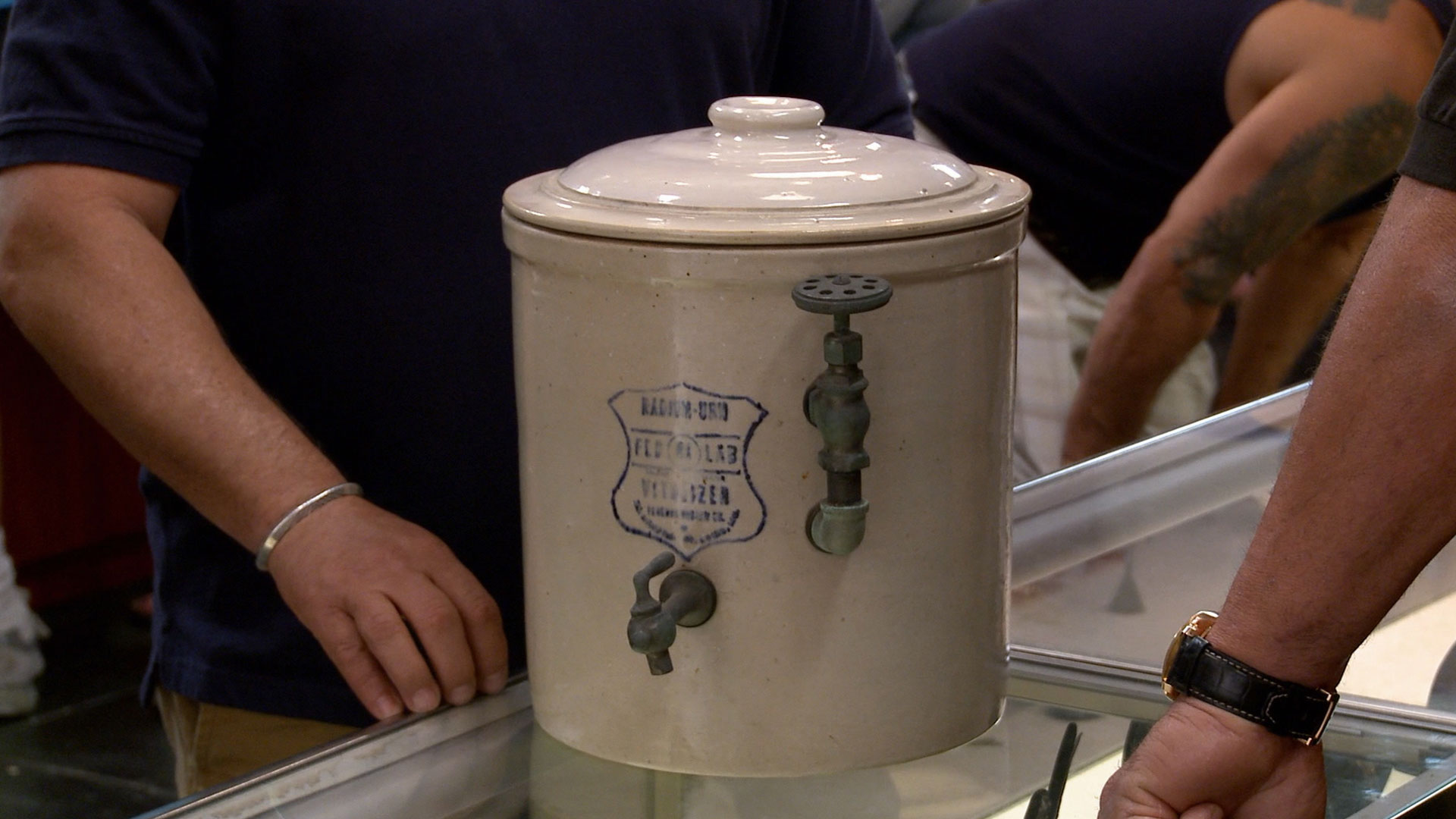 Earn your black belt with the Pawn Stars when two signed David Carradine replica swords from “Kill Bill” slice up the shop. Will Corey settle the score and make a sale or will he be out for blood? Next, things get dramatic when a first edition of T.S. Eliot’s “Four Quartets” shows up. Will Rick make an epic sale or will he poetically pass? Then, it’s Rick’s move when a 1965 Battle of the Bulge board game ambushes the shop. Will he take the offensive and make an offer or will the deal rewrite history? And later, things get radioactive when a 1920s radium crock is brought in. Will Rick emit a megawatt offer or will the deal become toxic?