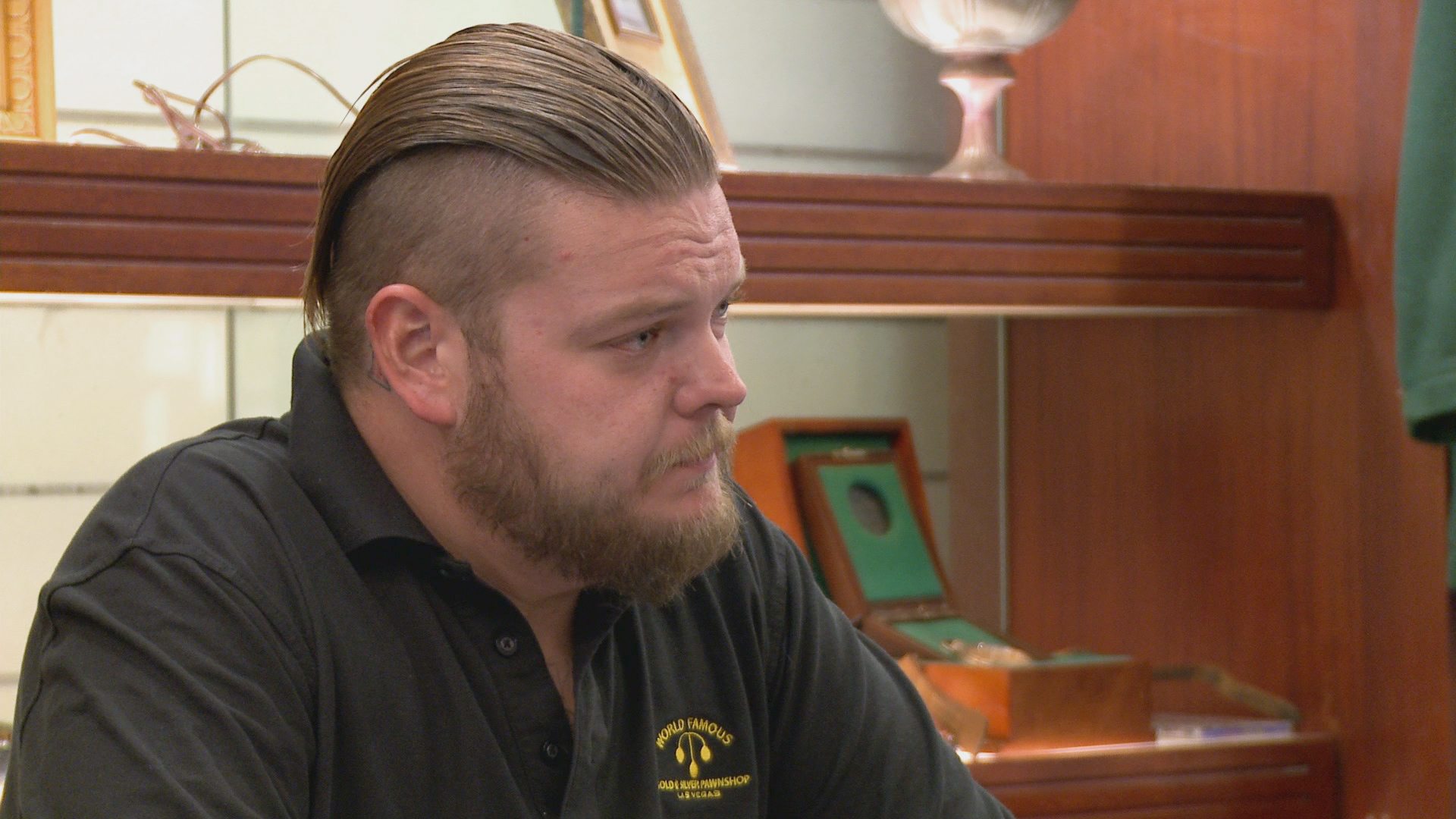 All hands on deck with the Pawn Stars when a set of 1814 naval history books from John Adam’s personal library sails into the shop. Will Rick anchor up to a deal or will he throw them overboard? Next, an electronic cigar box guitar signed by the legendary frontman Sammy Hager rocks in. Will Rick think it’s red-hot hit or will he cancel the tour? Then, a 1901 coin sorter comes into the shop. Will Chum count up an offer or will he get rid of the loose change? And later, Rick rides out to see his restored 19th century racing sulky. Will he think it’s a two-wheeled winner or will he gallop out the door?