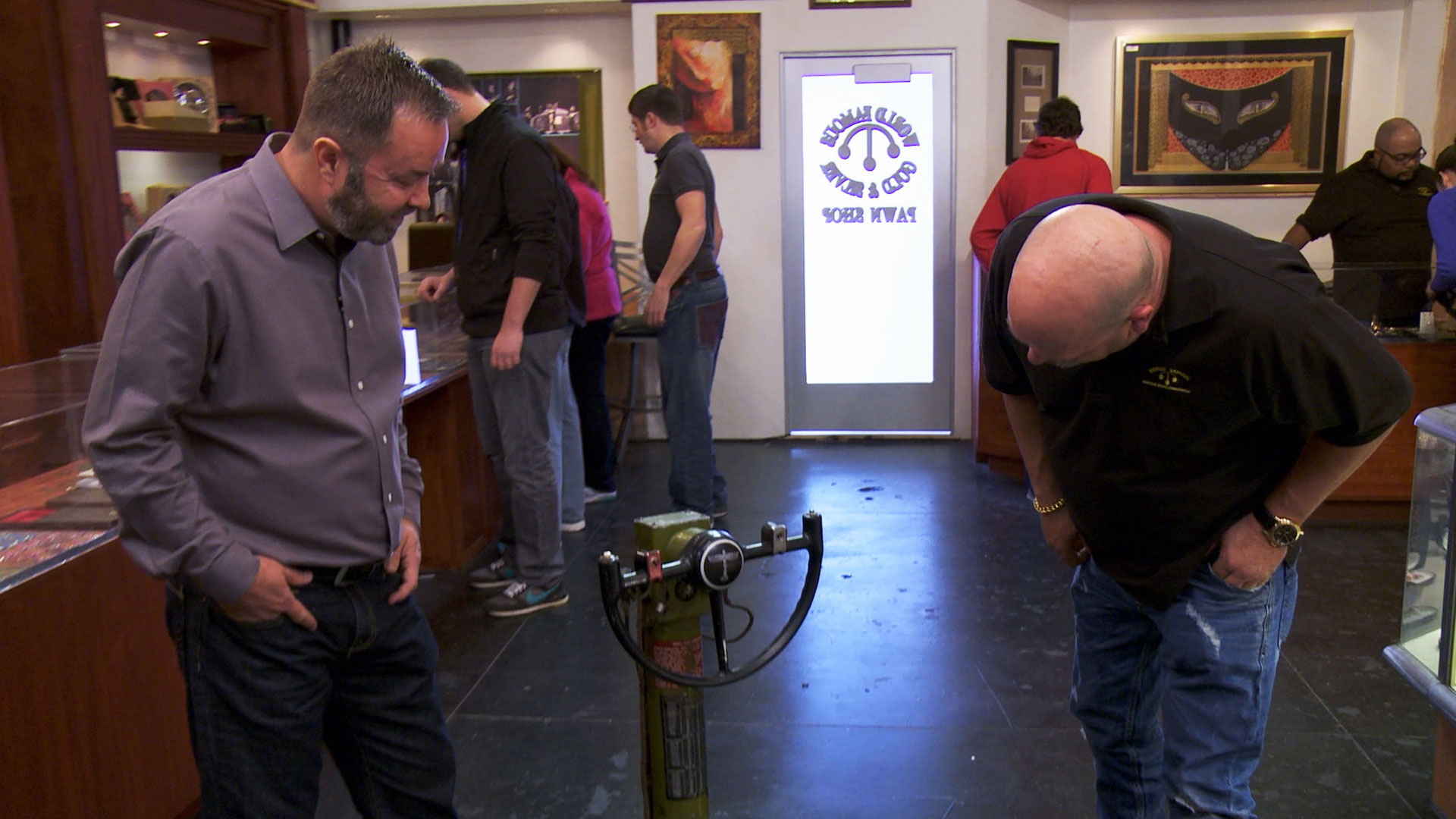 Pawned at the Stake

Cast a spell with the Pawn Stars when an 18th century "Tryal of Witches" book possesses the shop. Will it work its magic on Rick or prove to be a curse? Next, a 20th century airplane control yoke maneuvers in. Will Rick pay a sky-high price or will he crash and burn? Then, a gold-plated banjo strums in. Will Rick pluck it out for the shop or will it string him along? And later, the guys check out the restored car from "Wayne's World." Will the finished project be a schwing or a miss?