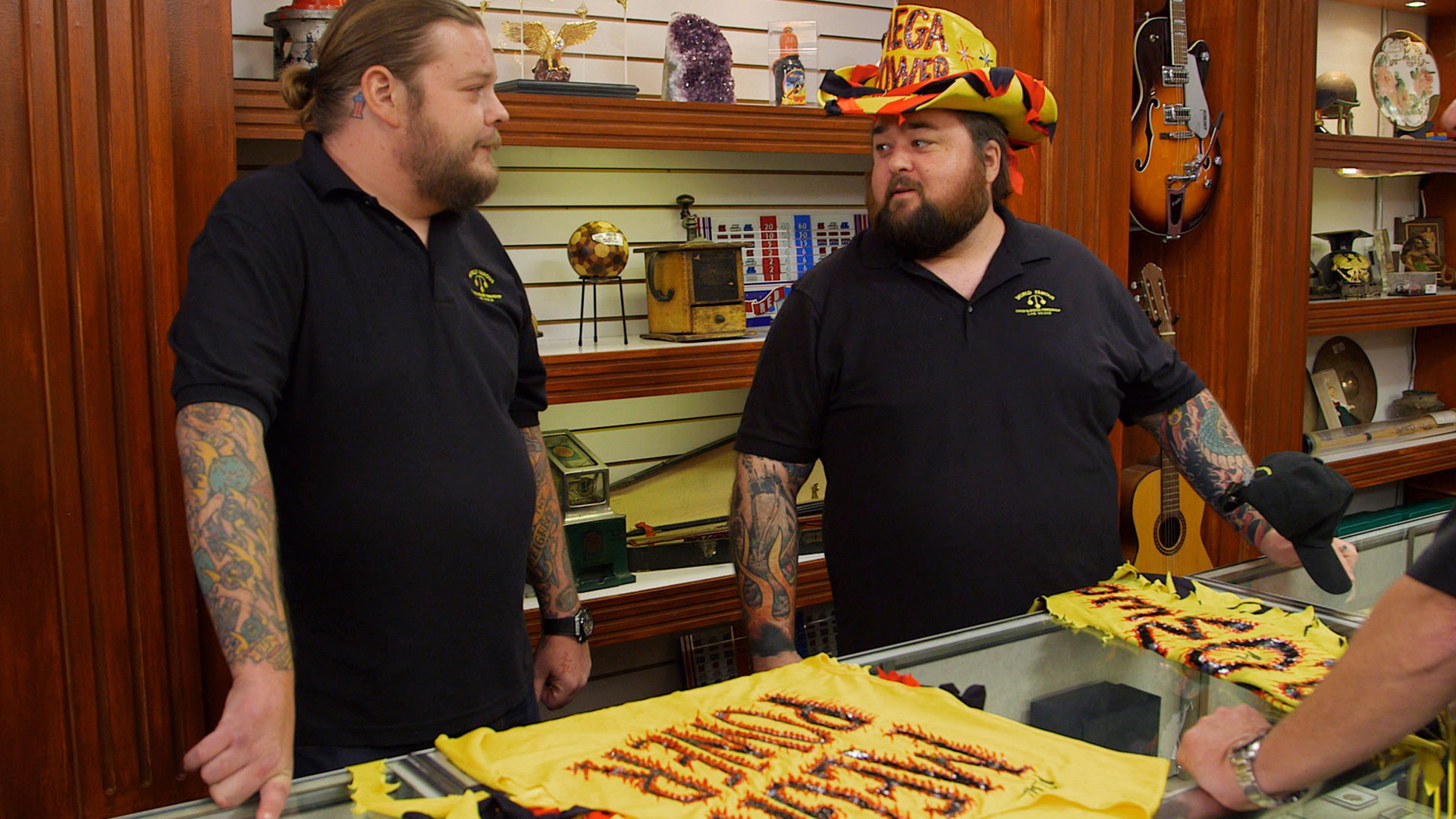 Rick and Chum thumb through an ancient tome that was believed to hold the secret for turning metals into gold. Will the two band together to buy this banned book? A costume signed by “Macho Man” Randy Savage leaves Corey and Chum wrestling with a tough decision. A half dollar that was supposedly pierced by sharpshooter Annie Oakley finds itself in Rick’s crosshairs, but this shot is anything but cheap. Later, a fancy French gunpowder flask leaves Rick locked and loaded–but will he actually pull the trigger on this sale?