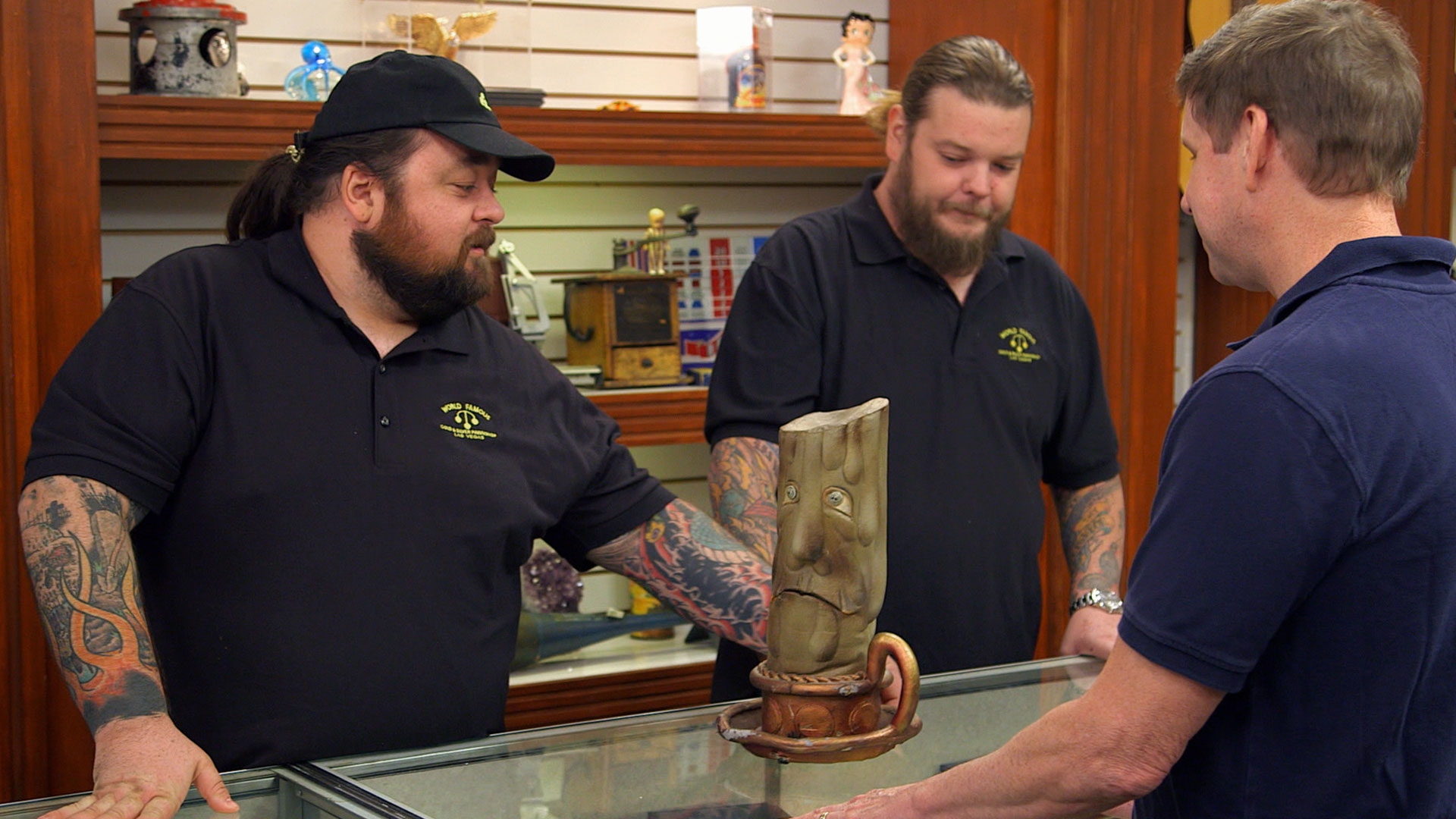 Rick celebrates the 500th episode of Pawn Stars by spending some capital in our nation’s capital. First up is a set of silver spoons made by American patriot Paul Revere. Can Rick cut a deal for this cutlery? Meanwhile, back at the Gold & Silver, things get lit when a talking candle prop from “H.R. Pufnstuf” fires things up. Later, a flamingo given away at the opening of the 1946 Las Vegas’ Pink Flamingo Hotel is flies in. Will Corey swoop in to peck it up? Finally, back in D.C., Rick gets his hands on two items worth millions of dollars that belonged to THE American forefather, George Washington.