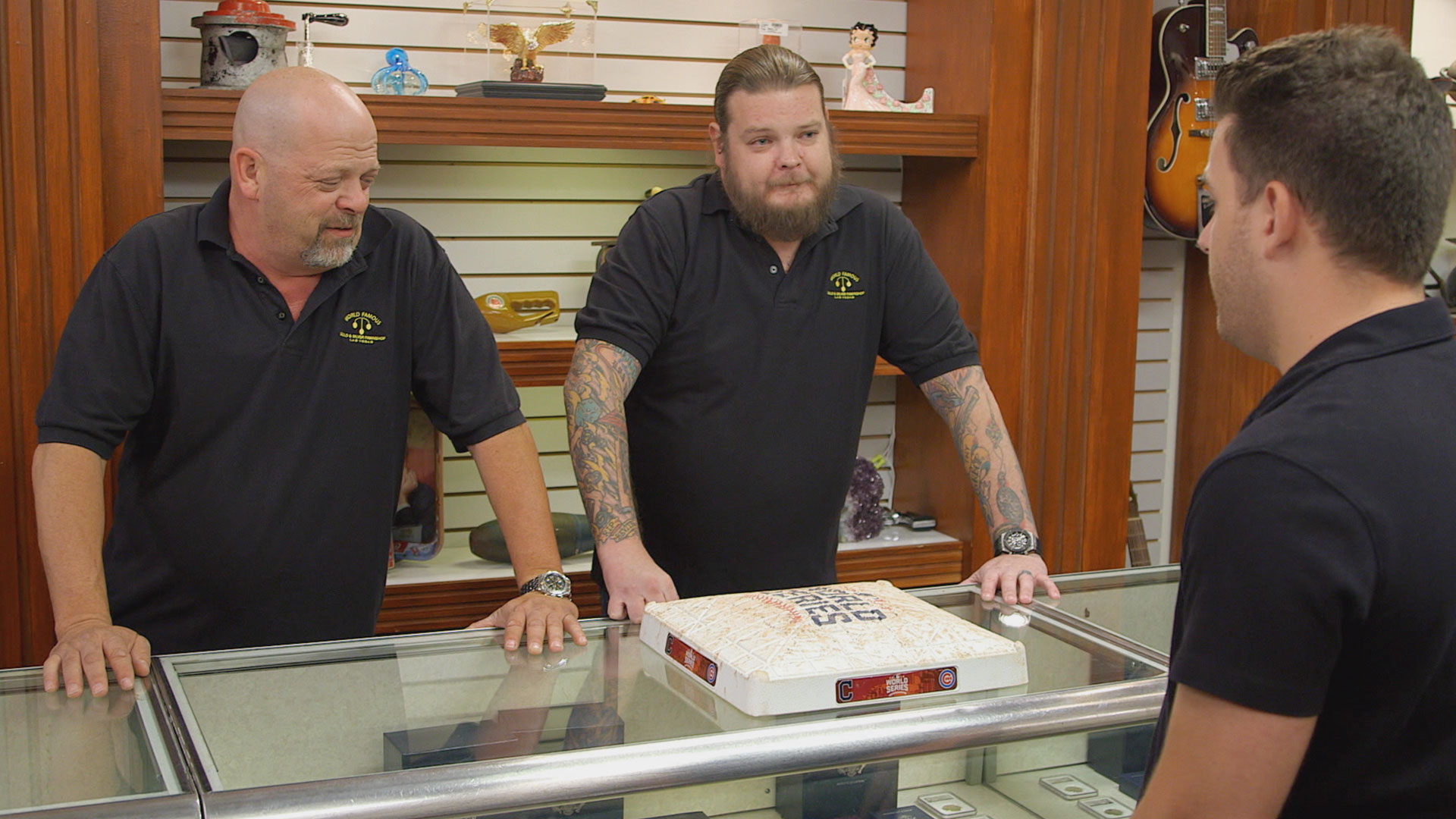 A seller drums up excitement for his Led Zeppelin vinyl albums that’s music to Rick and Chum’s ears. Will they think these records rock enough to roll out some cash? An elaborate 19th century office desk is a formidable piece of furniture. Will Rick move to file it under “must-haves”, or will he remain stationary? Next up to bat is a game-used base from the 2016 World Series. Will Rick and Corey think it’s a steal, or will they walk? Later, Rick takes a trip to see “The Object,” an obelisk-shaped item featured on the cover of Led Zeppelin’s “Presence” album, but will the seller have objections to selling such a rare find?