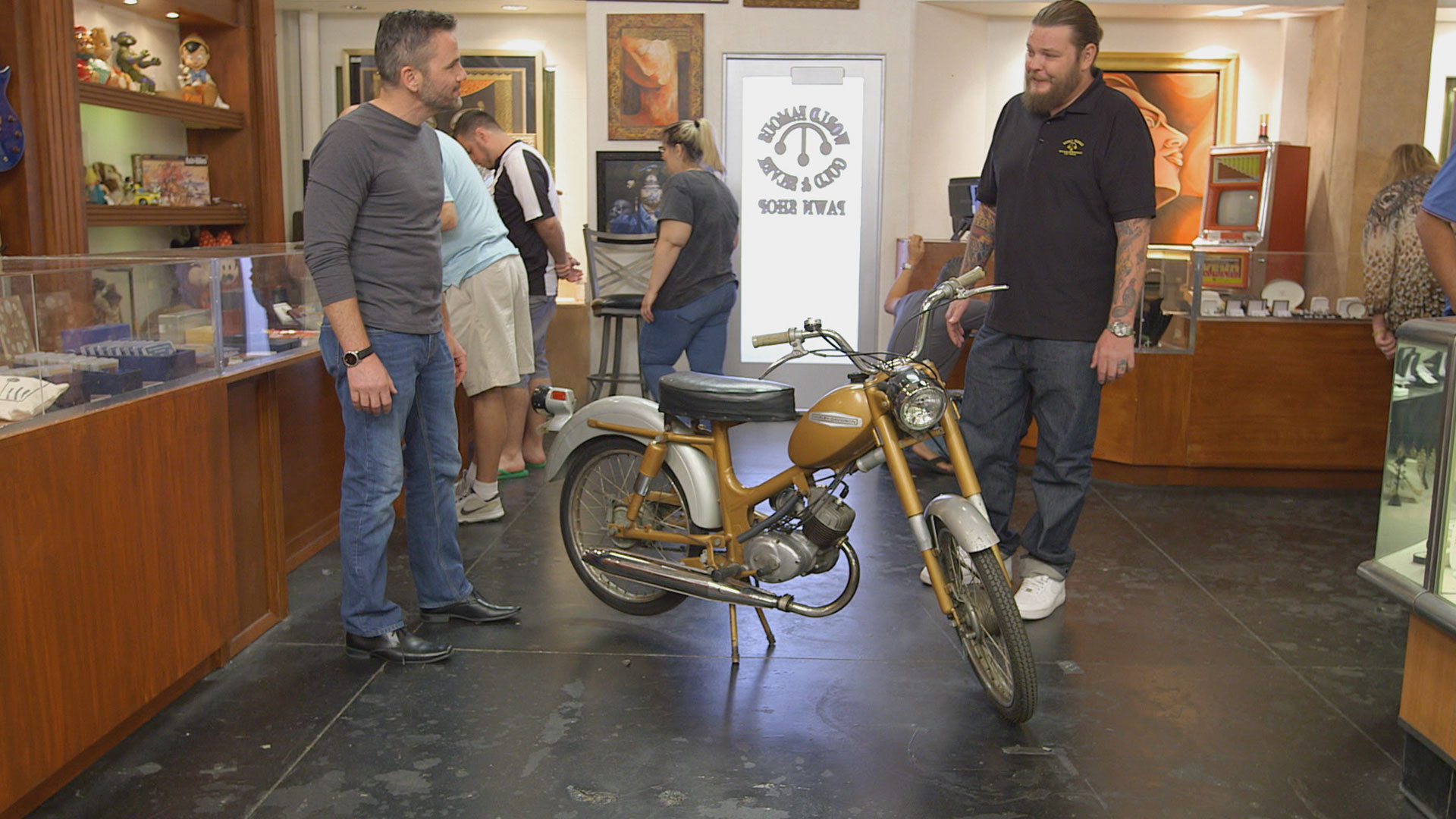 The Pistol Is Mightier Than the Sword

Rick takes a stab at a sword with an attached pistol from the 1700s. Will he hit the bullseye or shoot himself in the foot? A portrait of legendary film and theater actor John Barrymore takes center stage, but will it perform well with Rick and Chum? Later, Rick is pointed to an antique navigational timepiece used by ships in the 19th century. Is he destined to buy it, or will he lose his way? Corey gets revved up over a 1969 Harley motorbike, but will he tire of it too soon?