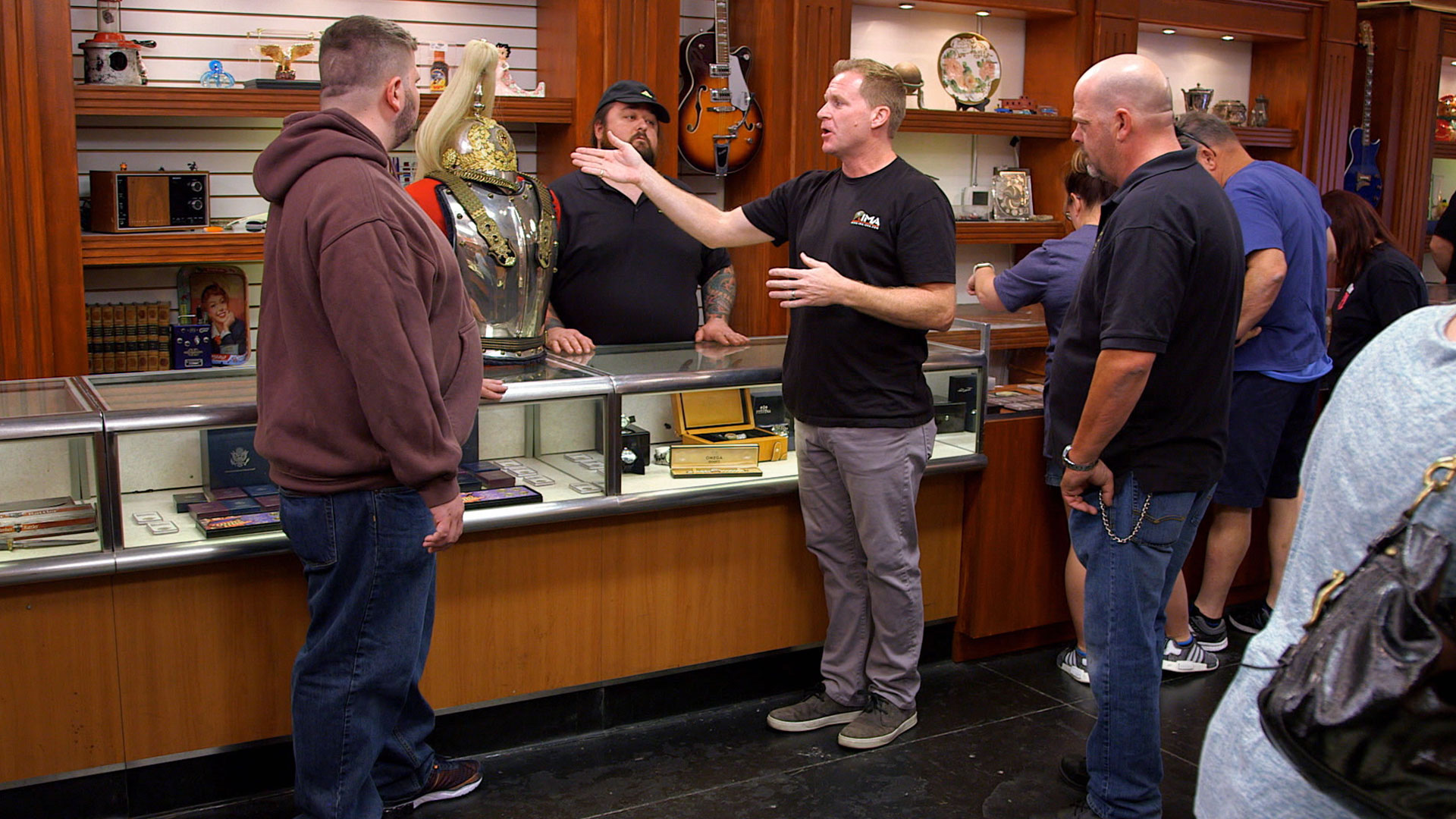 A set of royal British armor has Rick suiting up to strike a bargain. Chumlee’s purchase of a U.S. Open custom electric guitar gets no love from Rick. Will Chum be able to net a profit before Rick reaches his break point? Signatures and a movie script from famed comedy duo Abbott & Costello inspire Corey and Chum to reenact a hilarious scene from the film, but the amount of money this seller is asking for is no laughing matter. A seller with an antique coin-operated scale throws his weight around during negotiations. Can Rick get him to lighten up enough to make a deal?