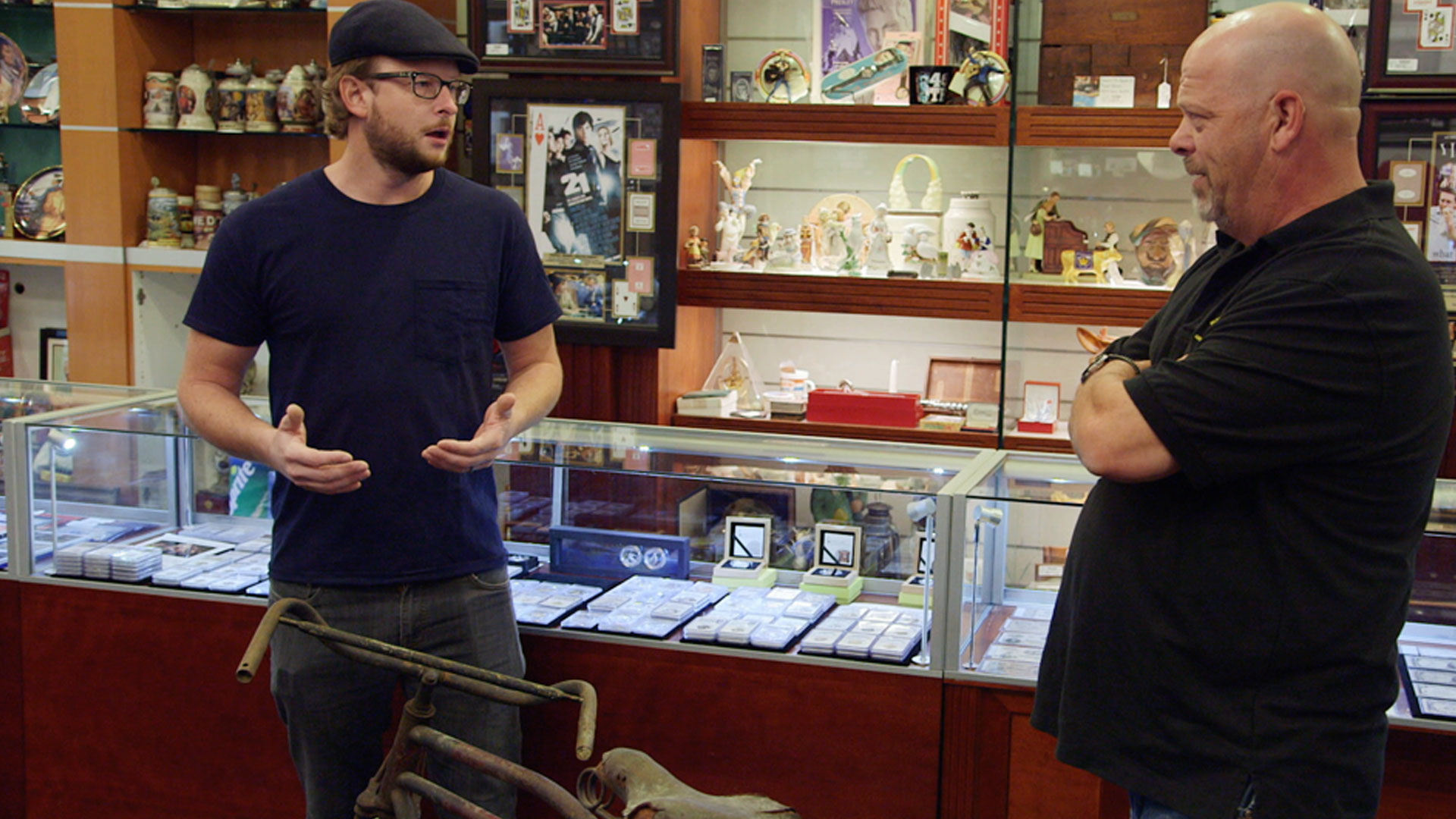 Pawn of the Seas

An 18th century sea map from the legendary Captain Cook has Rick exploring a big deal. Will he get this sale or face stormy waters? Then, as Chumlee haggles for a hilarious Saturday Night Live prop, Corey jumps into the ring to win an autographed piece of memorabilia from WWE star, Roddy Piper. Later, Rick calls up restoration guru Rick Dale to weigh in on an old fashioned antique bike. Will he ride away with a bargain?