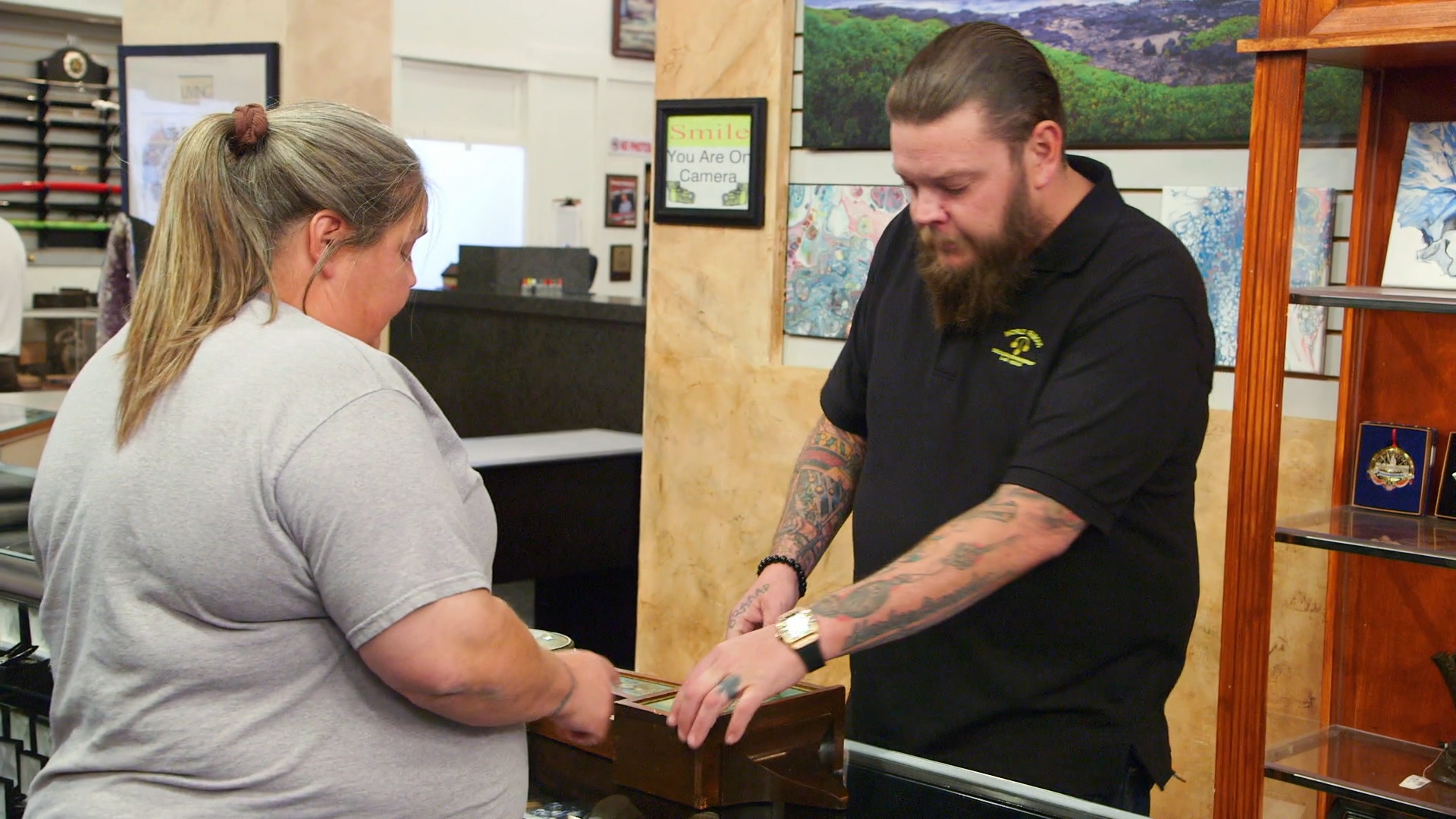 A signed letter from a former president has Rick and Corey singing Sammy Davis Jr.'s praises. Will it get their official seal of approval? Next, a giant bird egg rolls into Rick's coop. Can Rick hatch a plan to buy it before it flies away? Meanwhile, Corey steps back in time with a violin clock. Will the seller strike a chord, or will the deal fall flat? Later, Rick travels to London for a work of art, but a million-dollar asking price might break the Banksy.