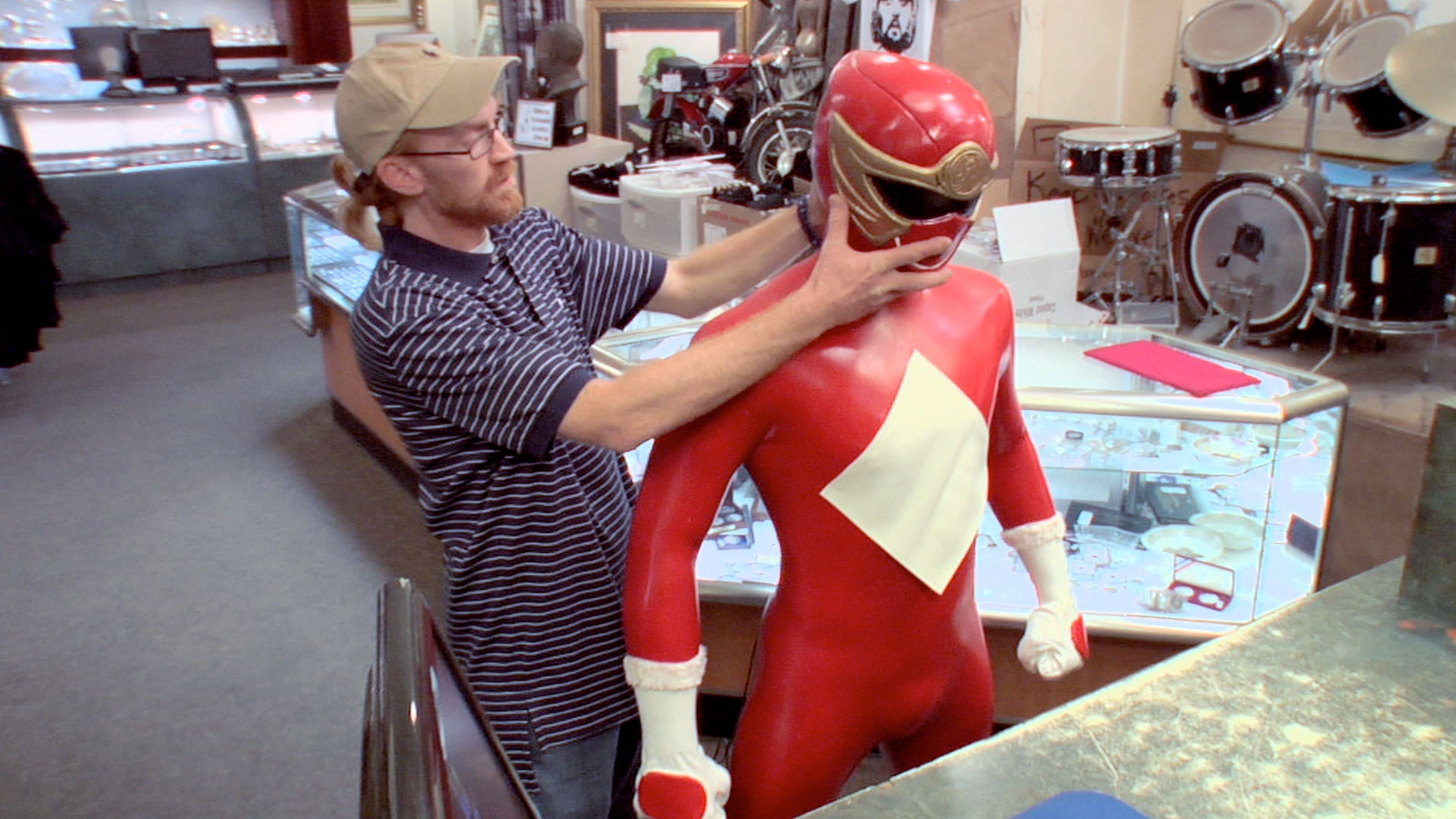 The Pawn Stars have a chance to buy a key from the 16th or 17th century, but this key doesn’t just open doors, it shoots bullets! Will they use this rare antique key-gun to unlock a deal–or shoot themselves in the foot? Then Corey and Chum meet a dumpster diver with a life-size Power Ranger. Will Corey use his super hero powers to conjure up some cash, or will the dark forces compel him to cast the Ranger out? And later, Rick has a chance to buy a trophy presented to Jeff Gordon for being one of NASCARs top five drivers. Will Rick throttle up his cash register for the trophy, or will the deal go screeching into a pit stop?