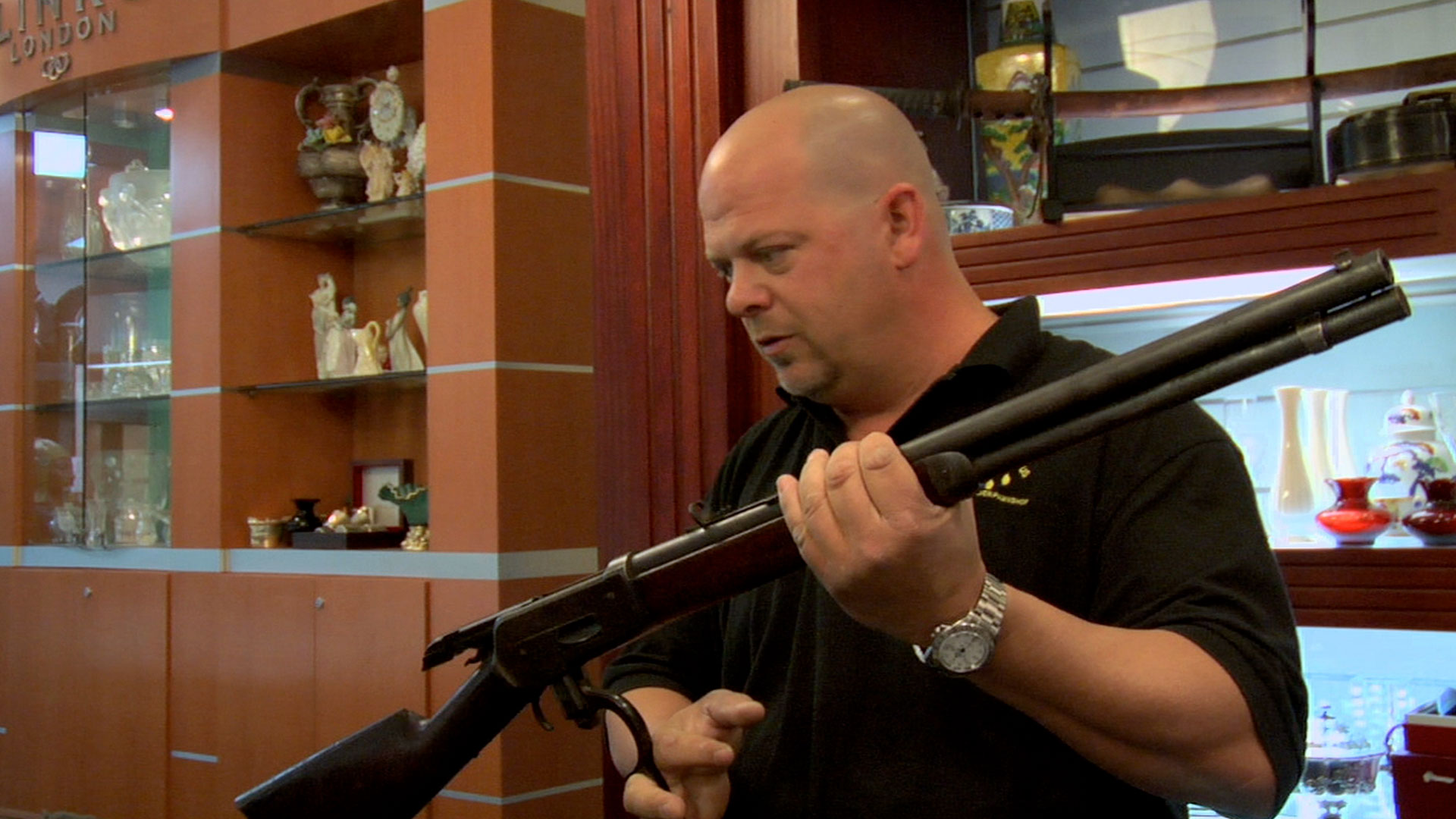 The Pawn Stars have a chance to buy a saddle that may have been used by Kevin Costner in Dances with Wolves. Will the gang pony-up and make the deal or will they let it ride off into the sunset? Then Rick looks to buy a late 1800s Winchester rifle that was one of first lever-action repeating rifles ever made. Can he load-up and make a big bang of a deal, or will this negotiation have too much of a kickback for him to handle? Then Corey meets a man hoping to sell his tattoo kit. Will Corey make the deal and get inked-up or will he pass on the deal and get ink-ed up anyway?