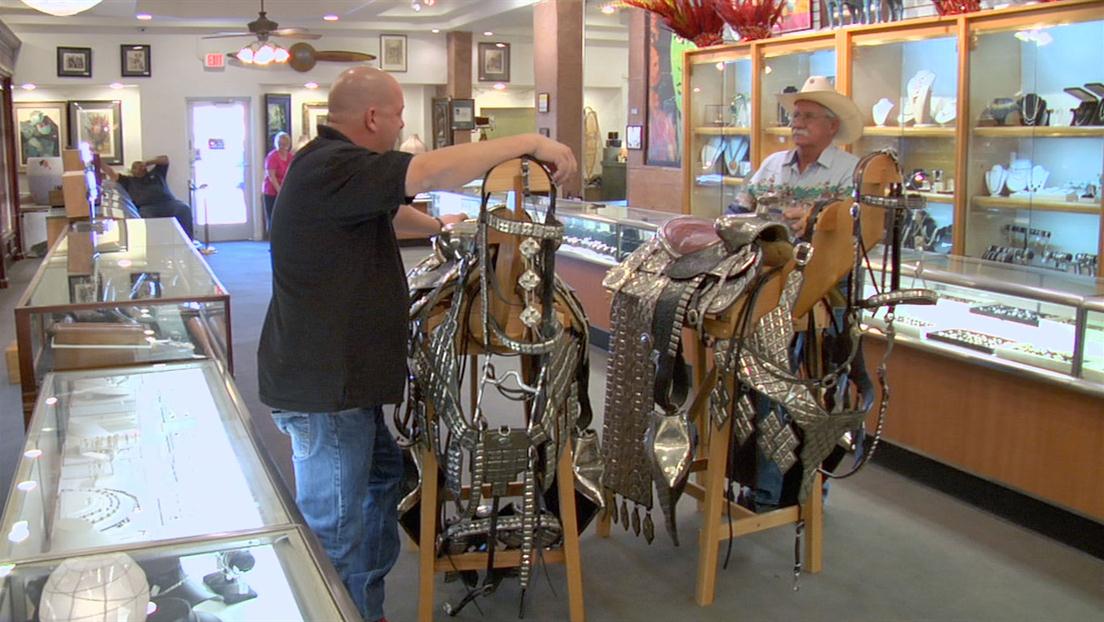 Gone with the Schwinn

The Pawn Stars are brushed with Vegas royalty when they are presented with a huge truckload of personal tapes from Rat Pack legend Sammy Davis Jr. Will they be singing a sweet tune to make this deal or will they be left reaching for the stars? Then, Rick meets a man with a mysterious miniature cannon believed to be from the 18th century. Will Rick make a booming offer for this little noisemaker or will it prove to be all bark and no bite? And later, Corey and Chumlee have a chance to buy a pair of pristine 1950’s Schwinn Phantom Bicycles. Will they pedal themselves up a difficult negotiation or will they be thrown off their game by one sharp turn?