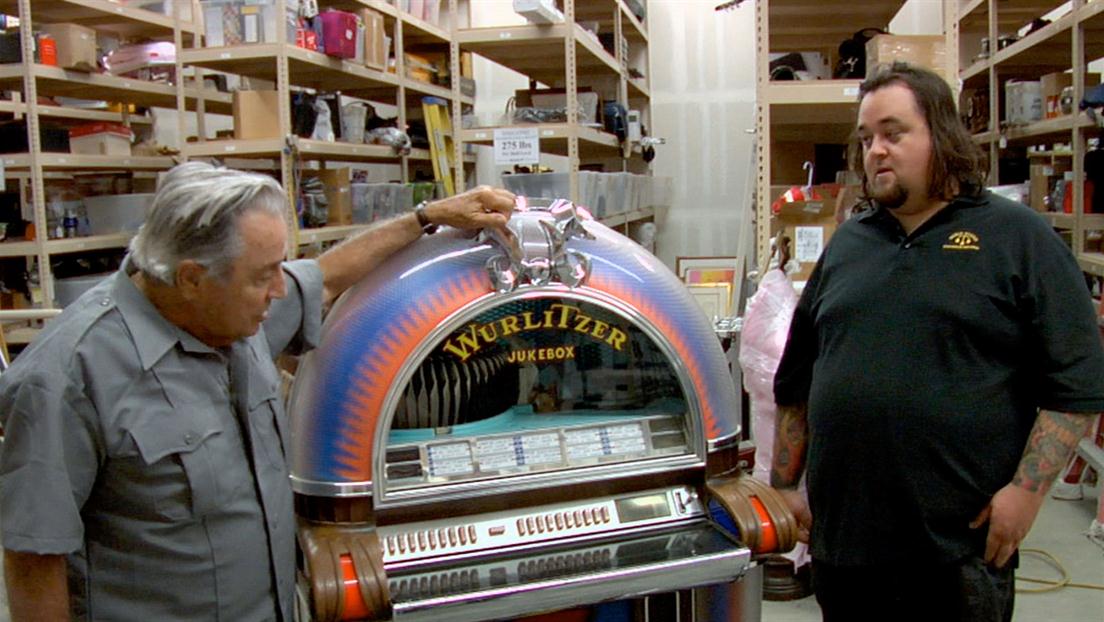 The Pawn Stars travel to Utah for a rare shot at a 19th century Hotchkiss Revolving Cannon. A rapid-fire weapon used decisively in the Spanish American War, will Rick overwhelm the seller with an explosive offer, or will negotiations hit a turn for the worse and blow up in his face? Then, Corey and Chumlee try to get the party started, when an antique Wurlitzer jukebox grooves its way into the shop. Will the guys be able to stay in tune long enough to make a deal or will they be left singing the blues? And later, a woman comes in hoping to sell her antique medical quackery device. An electric zapping machine called a “Master Violet Ray,” will this piece of weird science heal all of the shop’s problems or cause them to seek a second opinion?