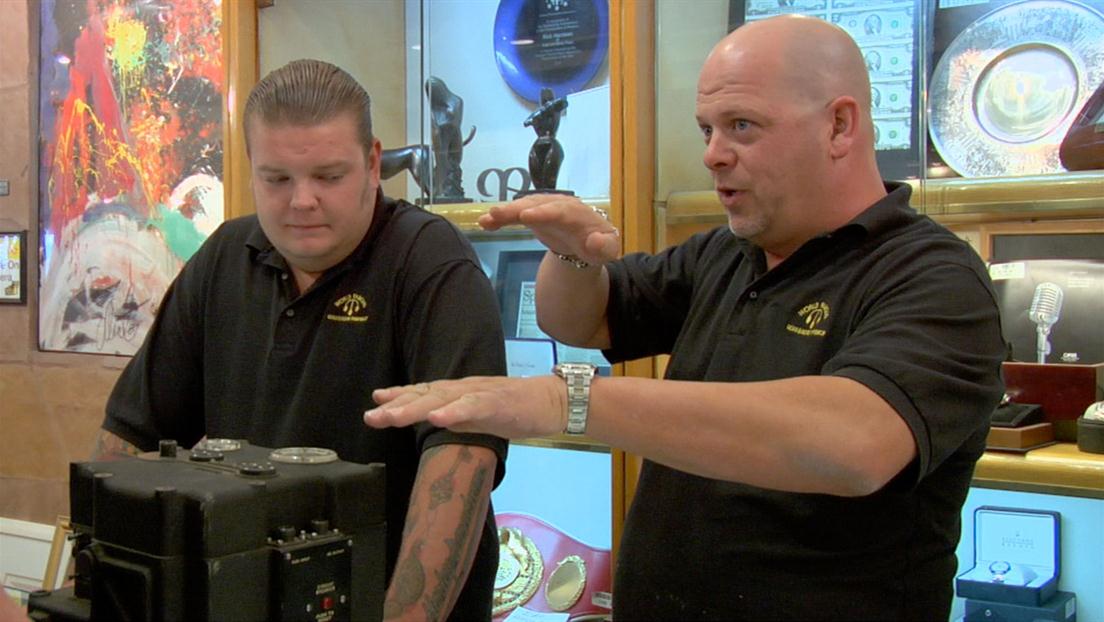 Look out below when the Pawn Stars set their aim on a World War II era bomb-sight. Used by U.S. bombers to direct their big-bang cargo, will the guys be able to keep this negotiation on target, or will heavy flak blow the deal out of the sky? Then, Corey and the Old Man hope their fortunes will rise when they go check out a stock ticker from the 1930’s. Will this deal pay big dividends, or will the market crash and burst their bubble? And later, when Antwaun the shop security guard shows interest in learning the pawn business, Chumlee agrees to teach him how it’s done. But can Chumlee go from class clown to teacher’s pet without a trip to the principal’s office?