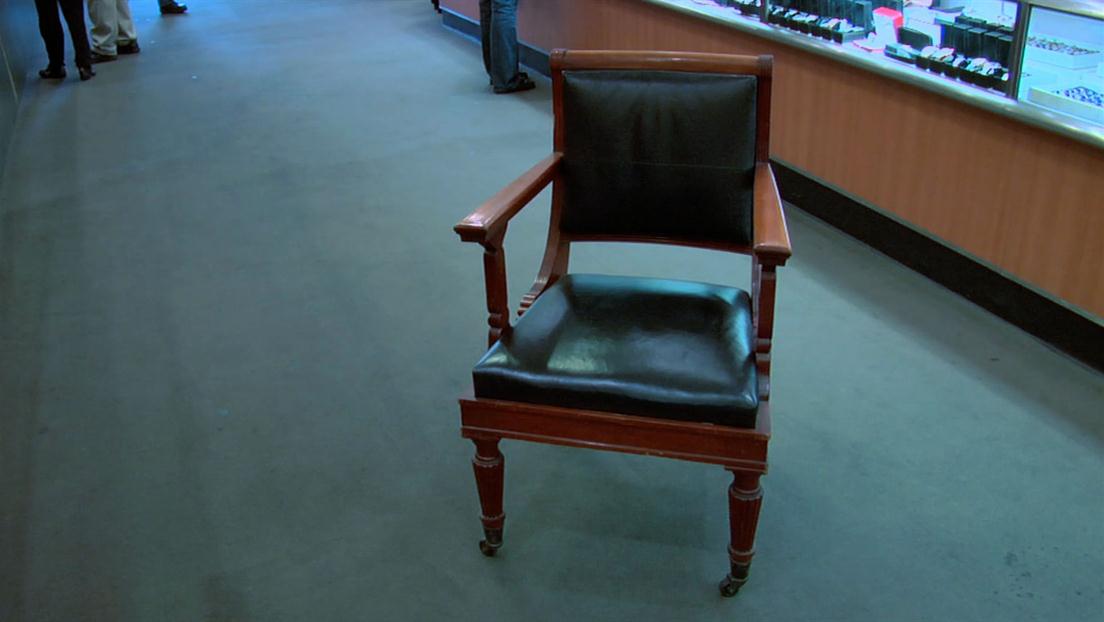 Take a seat with the Pawn Stars as a chair from the U.S. Senate floor rolls through their doors. Will a motion to buy this chair result in a resounding “Yay” or will the Old Man veto the deal? Then, Corey and Chumlee have their heads in the clouds when a guy brings in a signed photo of NASA’s Gemini launch. With over a dozen astronautical autographs, will the guys take one giant leap to buy this piece of space history or will they forced to abort the mission? And later, a man races into the shop with a NASCAR driver’s suit that once belonged to Ryan “The Rocket Man” Newman. Will the guys set a new lap record to make a deal or will negotiations crash before reaching the finish line?