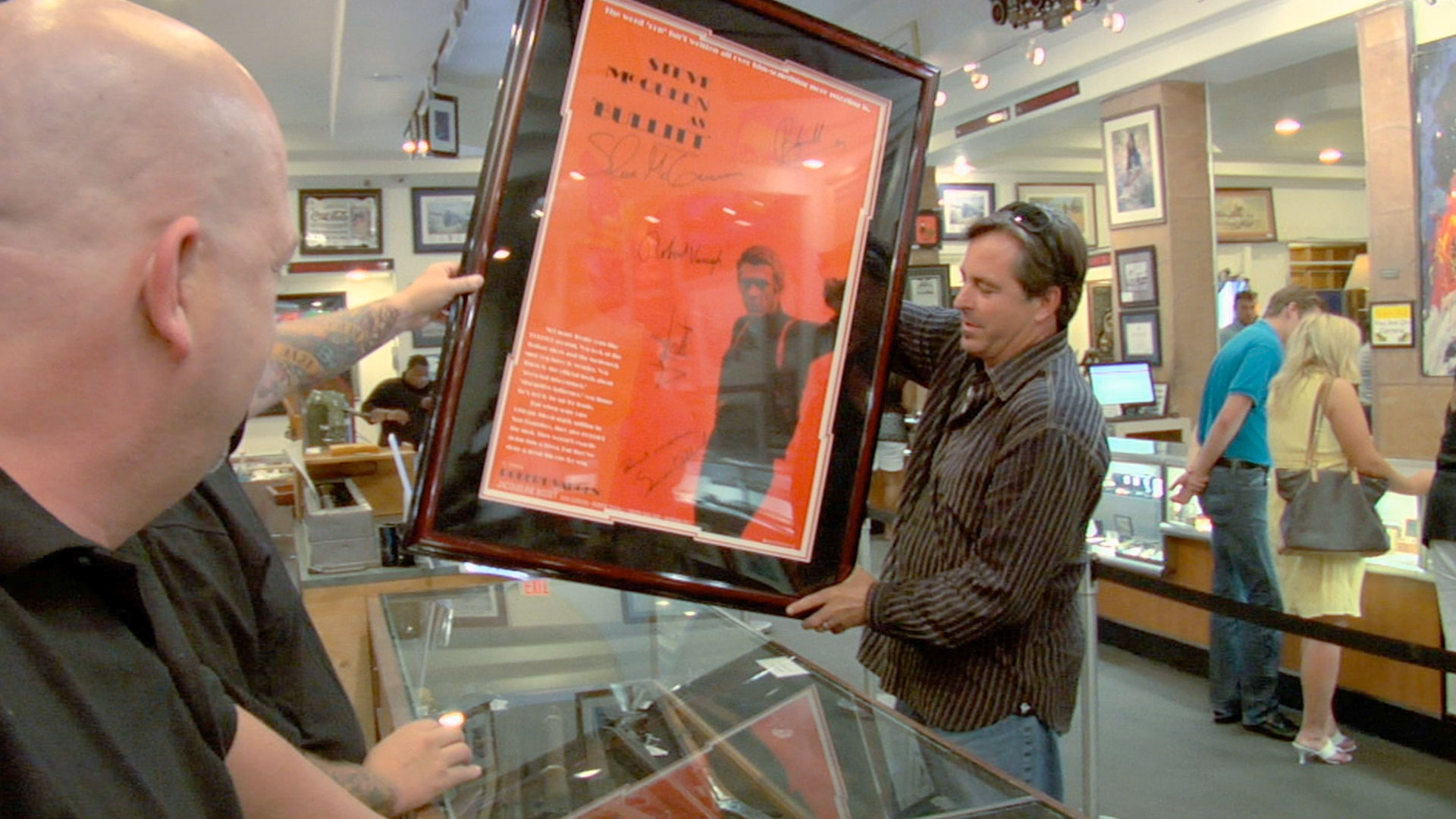 Hit the gridiron with the Pawn Stars when they check out a 2004 Super Bowl ring. A genuine player’s ring from the New England Patriots, will the guys rush for extra yardage for this ultimate piece of sports memorabilia, or will a tough negotiation leave them three and out? Then, a guy brings in a diary written by his ancestor during almost every major battle of the Civil War. With a handwriting style nearly impossible to decipher, will they be able to unlock the secrets of the past, or are these memories lost to history? And later, a poster from the movie Bullitt comes roaring into the shop. Signed by Steve McQueen, Robert Duvall, and Jacqueline Bisset, will Rick jump into the chase for this rare piece of movie history, or will some suspicious signatures leave him idling at the side of the road?