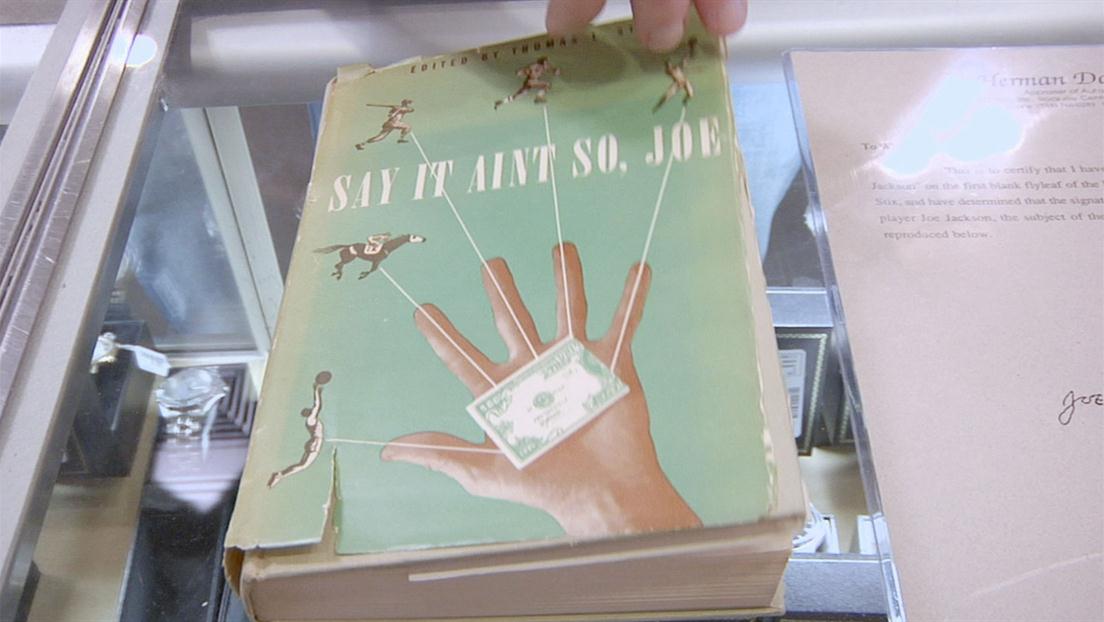 Say It Ain't So

Step up to the plate with the Pawn Stars as Rick takes a swing at a book signed by “Shoeless” Joe Jackson. One of the sporting world’s rarest signatures, has Rick found baseball’s holy grail, or is the scribbled signature a strike out? Then, the guys check out a Savage Navy pistol. Commissioned by the U.S. military during the Civil War, will they see a profit in the uniquely designed gun, or will the deal fail to set sail? And later, Corey and Chum orbit a Moonman statue from the MTV Video Music Awards. Do the guys deliver an acceptance speech, or send their regrets?