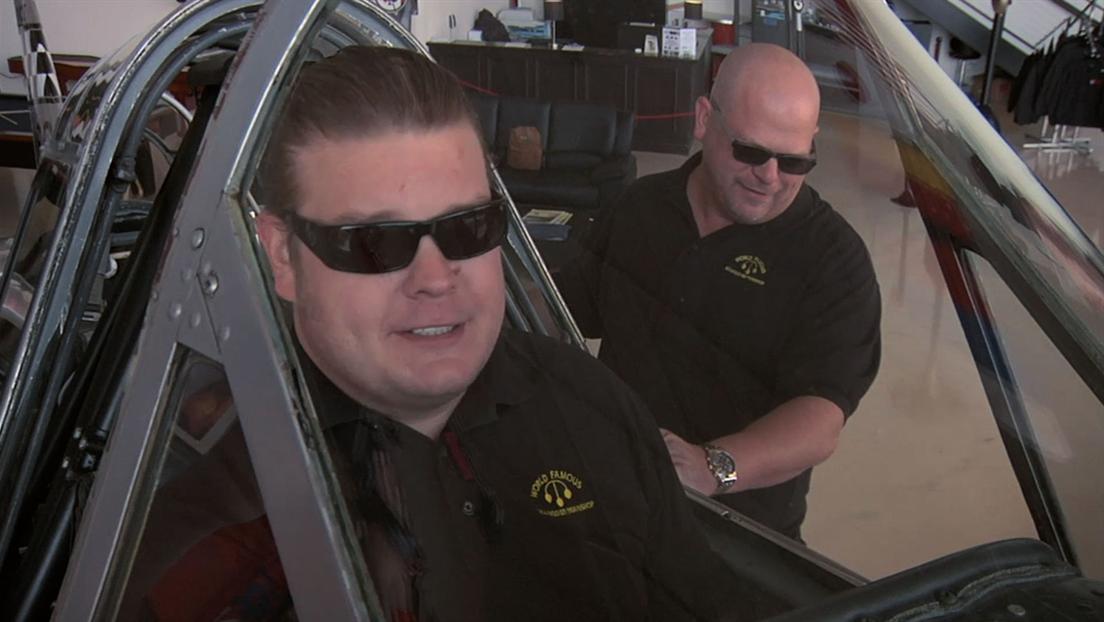 Soar to new heights with the Pawn Stars when an A6 Texan fighter plane buzzes the tower. Actually flown during WWII, will the guys try to land this ultimate piece of war machinery or will they think the whole idea is just plane crazy? Then, a 1974 VW Thing cruises by. The same model as Rick’s first car, will his nostalgia trigger an offer, or will this trip down memory lane turn into a nightmare? And later, a guy brings in his collection of Civil War-era cannon balls. Will Rick and Chumlee shoot for the moon over these cast iron weapons or will their offer be way off target?