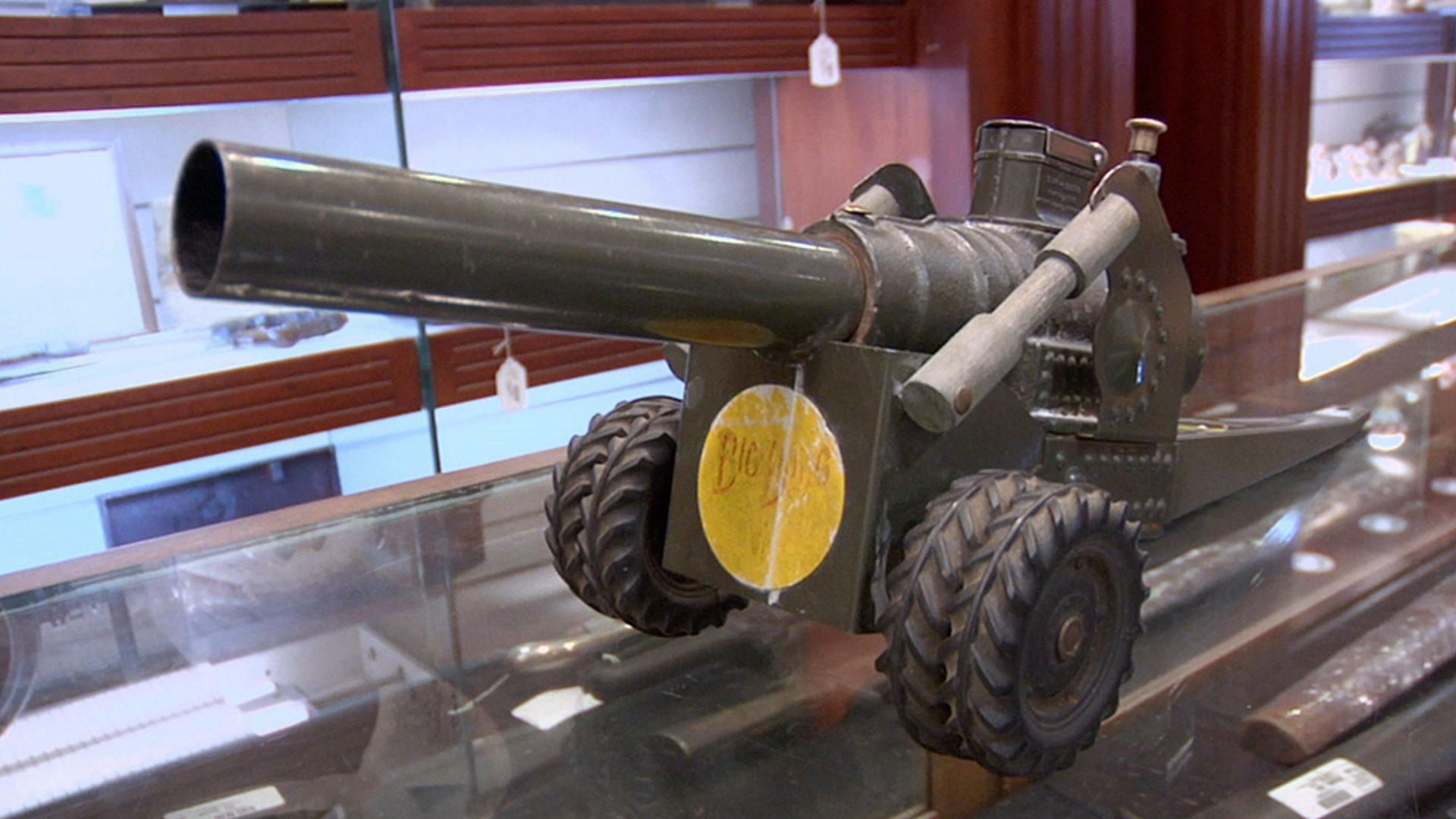 The Pawn Stars try to cash in when a seller presents them with rare $1 and $5 bills from the 1800’s. Will they see dollar signs or will the asking price break the bank? Then, the guys plug their ears when a Big Bang Cannon pops in. A tiny toy that makes a big boom, but will it work? And later, a guy pings the shop with a memento given to U.S. sailors who sank U-68, Germany’s most feared WWII submarine. Will Rick set his depth charges on “buy” or let this deal sink to the bottom?