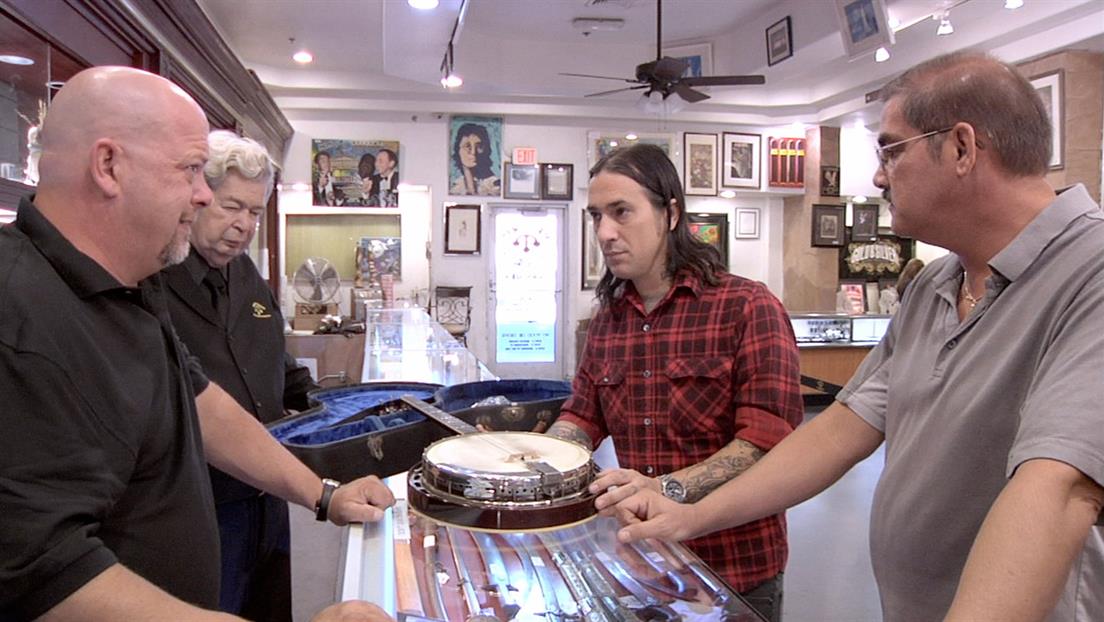 Huddle up with the Pawn Stars when they eye a football signed by the 1967 Chicago Bears. The final season for famed coach George Halas, can the guys break down the seller's defense for the win? Then, Rick and the Old Man duel for a 1925 Gibson banjo. Will they get this piece for a song, or will negotiations hit a sour note? And later, some props from the movie "Child's Play" inspire Chumlee to make a movie. Is he bound for Hollywood stardom, or will Rick pull the plug on the project?