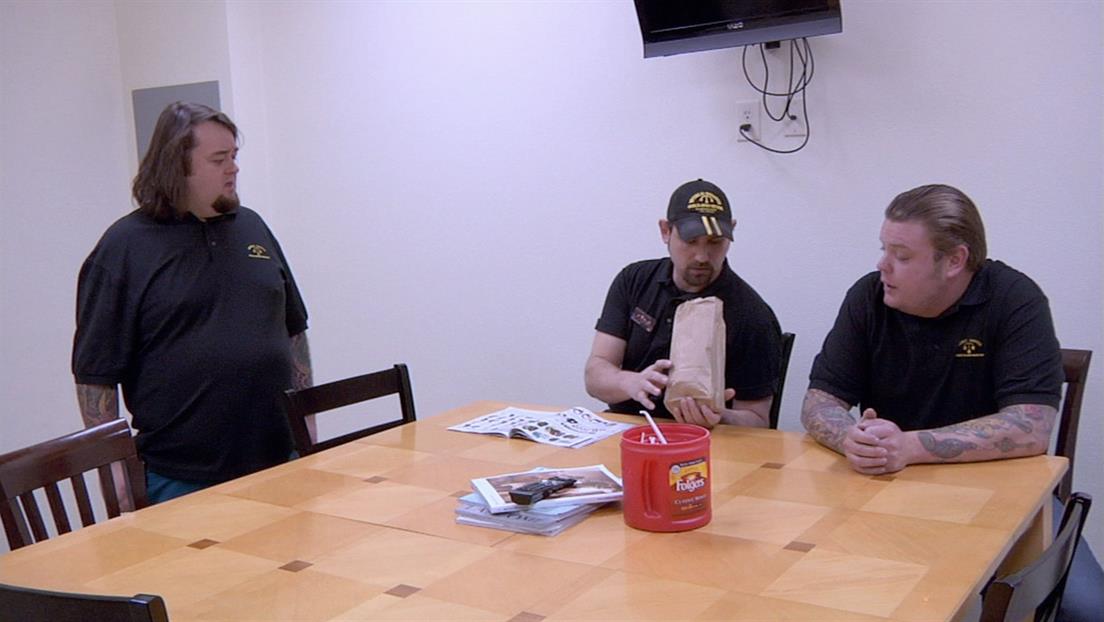 Lock and load with the Pawn Stars as Corey and Chumlee check out an 1838 Colt Paterson. Formerly owned by a Civil War colonel, will the guys take a shot at this rare firearm? Then, a letter written by Franklin D. Roosevelt gets hand-delivered to the shop. Written shortly after FDR’s bout with polio, can Rick endure a tough negotiation for this piece of presidential history? And later, when Rick’s lunch keeps disappearing, he’s on a mission to find the culprit. Will evidence point to the usual suspect?