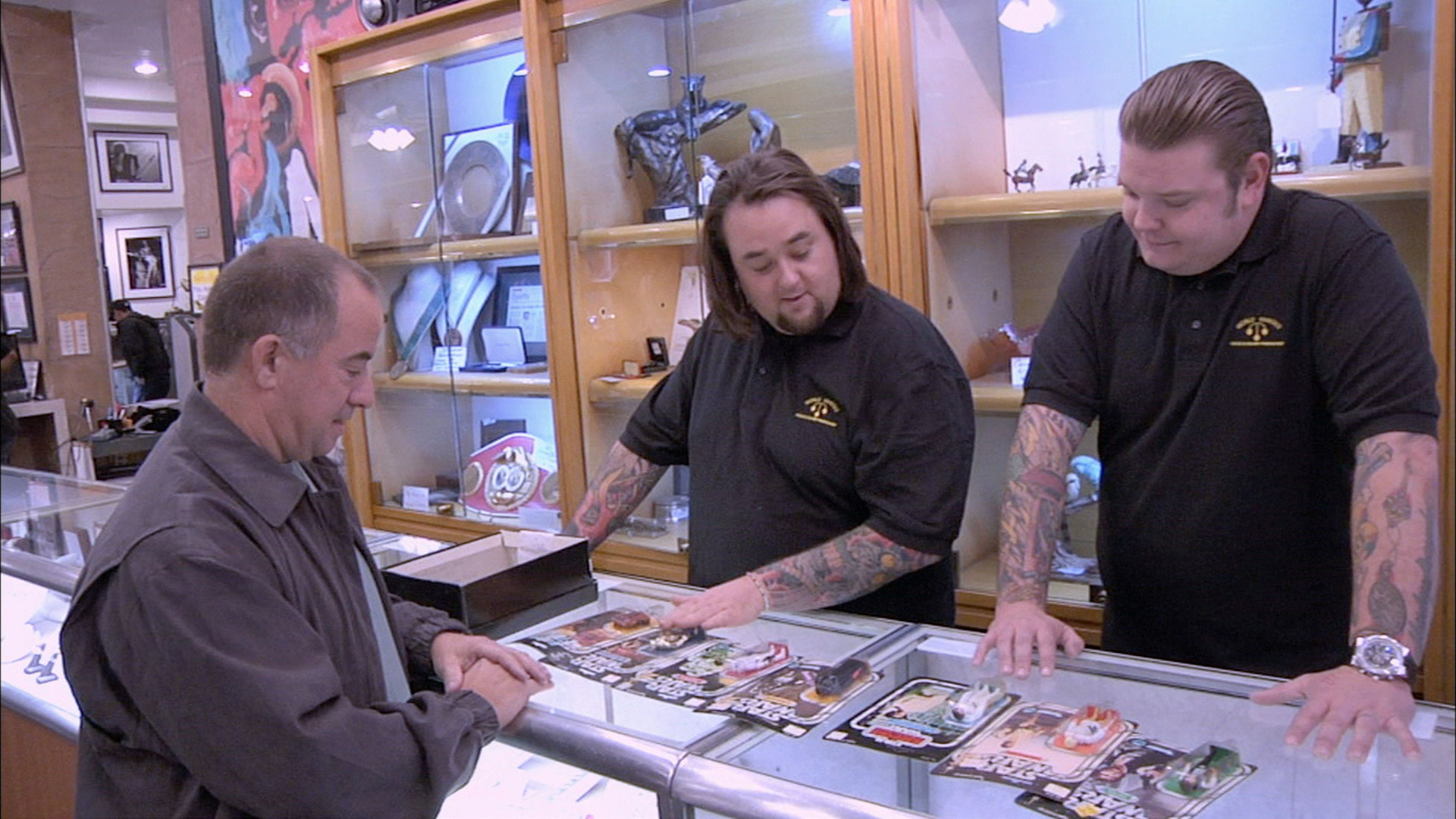 Corey, I Am Your Father

The Pawn Stars prepare for battle when a guy brings in a Smith carbine from the Civil War. A problematic weapon known for blowing up in battle, can they keep this rare gun in their sights? Then, a campaign poster and convention hat from JFK’s 1960 Presidential campaign drops by the shop. Will Rick vote to keep it, or will it not poll well? And later, the guys are horrified that Corey has never seen the movie “Star Wars,” and force him to watch it on company time. Will he enjoy his trip to a galaxy far far away?