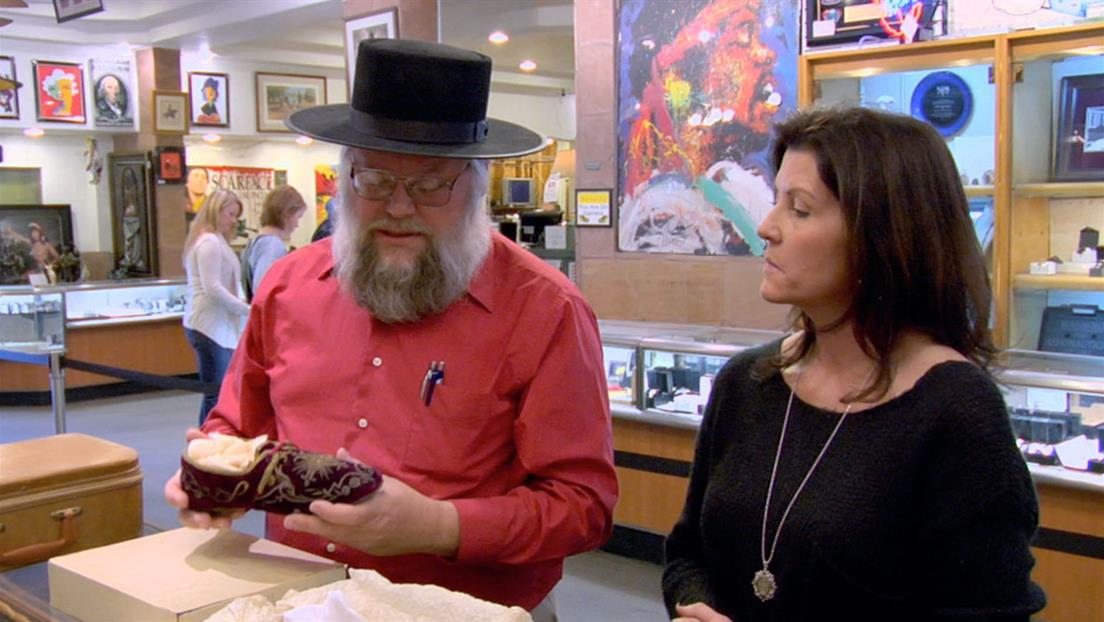 Sweet Pawn of Mine

Kick off your shoes with the Pawn Stars when Rick and the Old Man are offered a pair of slippers owned by Pope Leo XIII. Considered one of history’s most influential popes, will the guys have a prayer of making a deal? Then, Chumlee and Olivia are working the night shift when a guy brings in a driver’s license owned by god guitarist of Guns N Roses: Slash. Is this rock memorabilia worth waking up Rick? And later, the Old Man’s 20 cup-a-day coffee habit sparks a family intervention. But can you really teach this old dog a new trick?