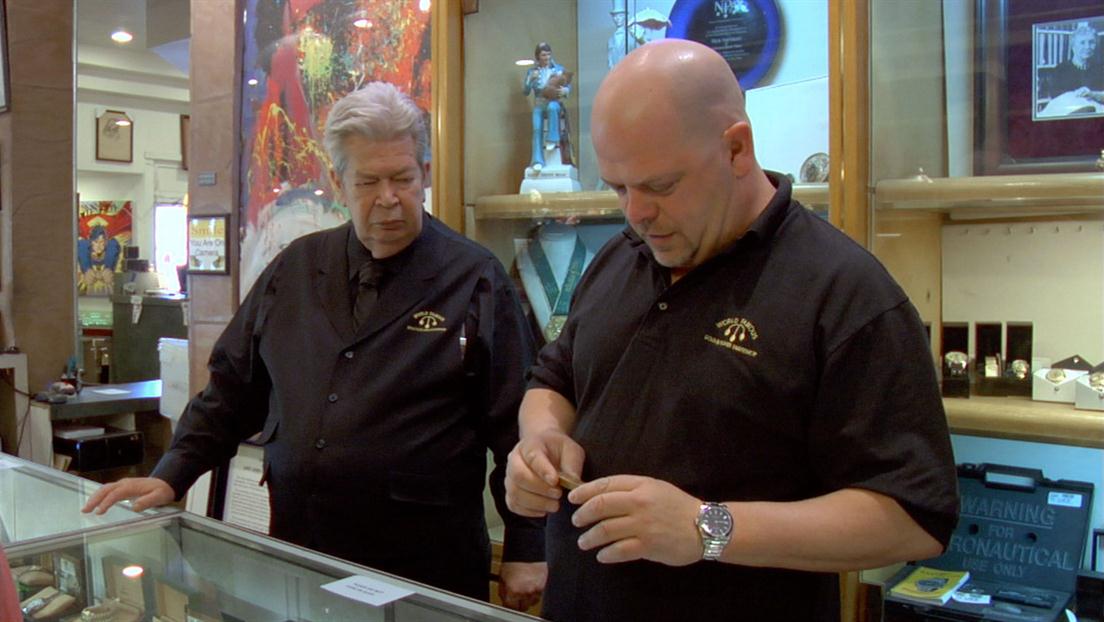 Step up to the plate with the Pawn Stars when a 2004 World Series players ring swings by the shop. The year the Red Sox broke the curse of the Bambino, will the guys hit this deal over the Green Monster? Then, Chumlee spies a toy James Bond Aston Martin from the 1960’s. Complete with working gadgets and weapons from the film series, will the piece stir Chumlee into action, or does he get shaken by a high asking price? And later, the guys get tired of Rick’s grumpy behavior and try to push him into taking a vacation.