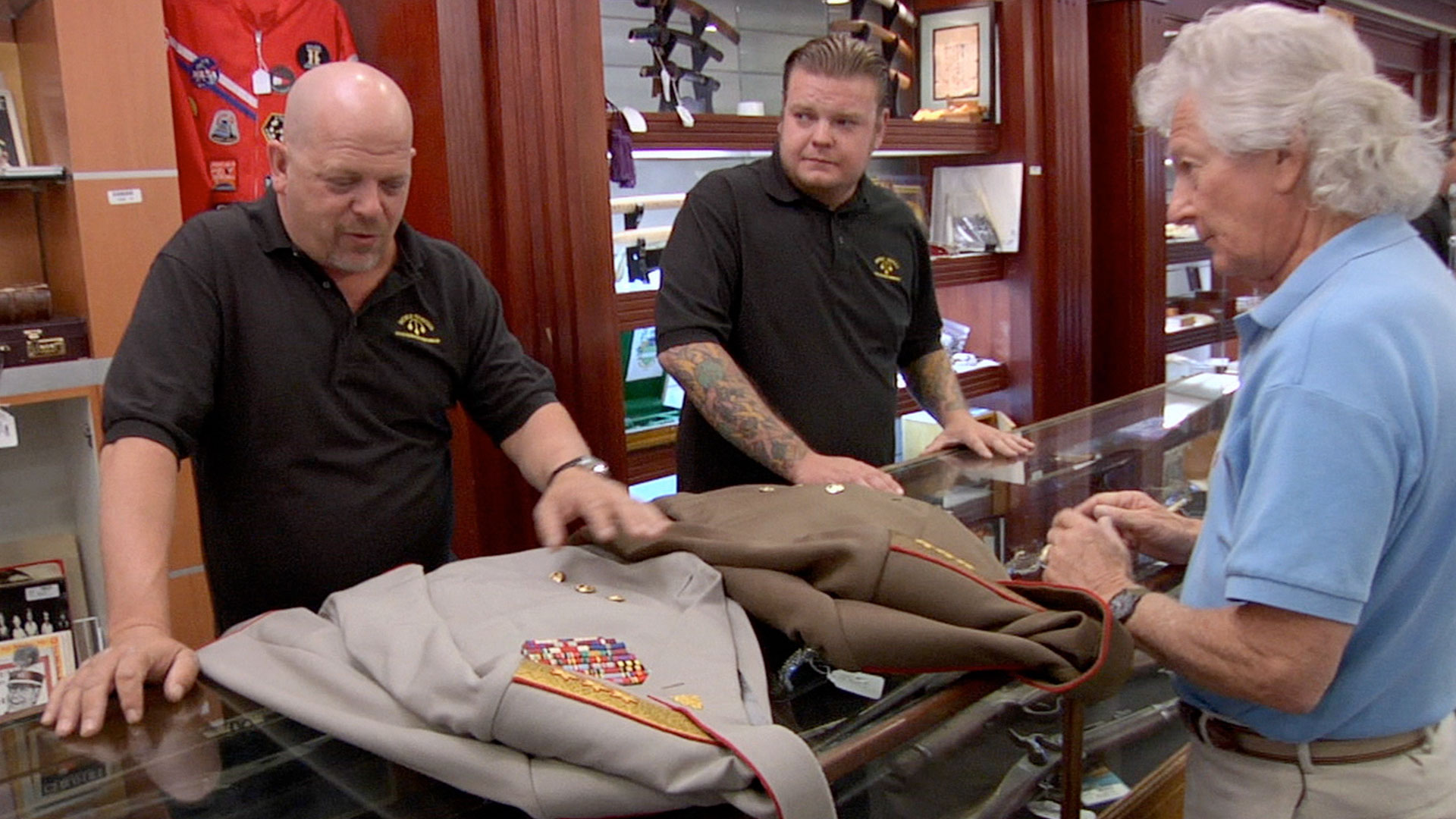 Get ready for a bumpy ride with the Pawn Stars when a big-time car dealer drops by the shop. Interested in buying their 1924 Dodge, will Rick have the negotiation skills to battle this car pro? Then, Rick and Corey check out some uniforms owned by a 3-star general in the Soviet Army. Dating back to the height of the Cold War, will the guys be seeing green or red? And later, while his house is being bug bombed Chumlee needs a place to crash. Will the Old Man’s couch be a dream come true or a nightmare?