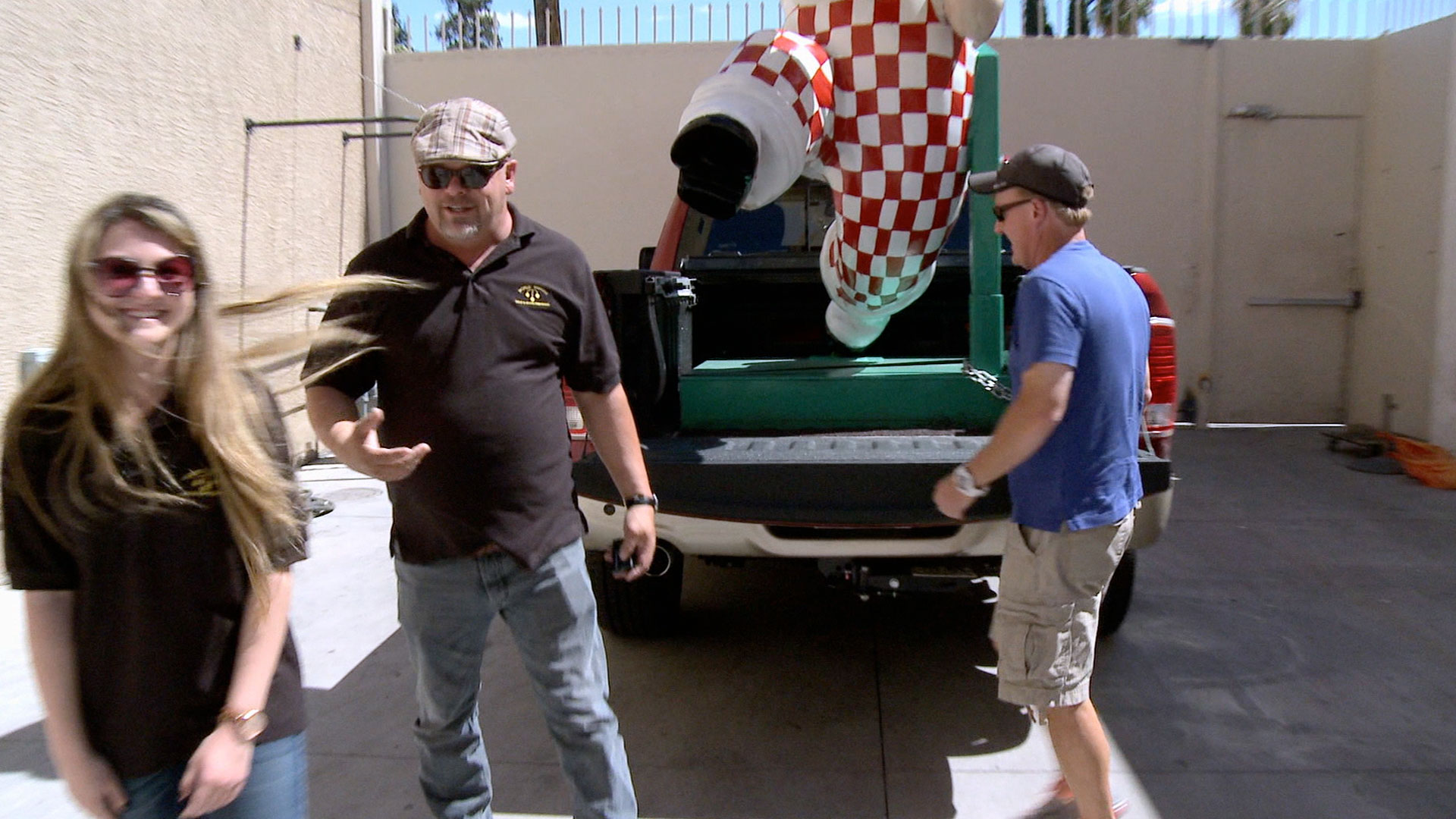 Hail to the Pawn Stars when Rick and Corey check out a letter written by George Washington during the Whiskey Rebellion. Can the guys rally the troops to force a deal? Then, things get larger than life when Rick and Lili check out a Bob’s Big Boy statue. At over eight feet tall, will the shop have room for this classic piece of Americana? And later, Chumlee decides to throw a housewarming party at his new house. Will it be the party of the year, or a total flop?