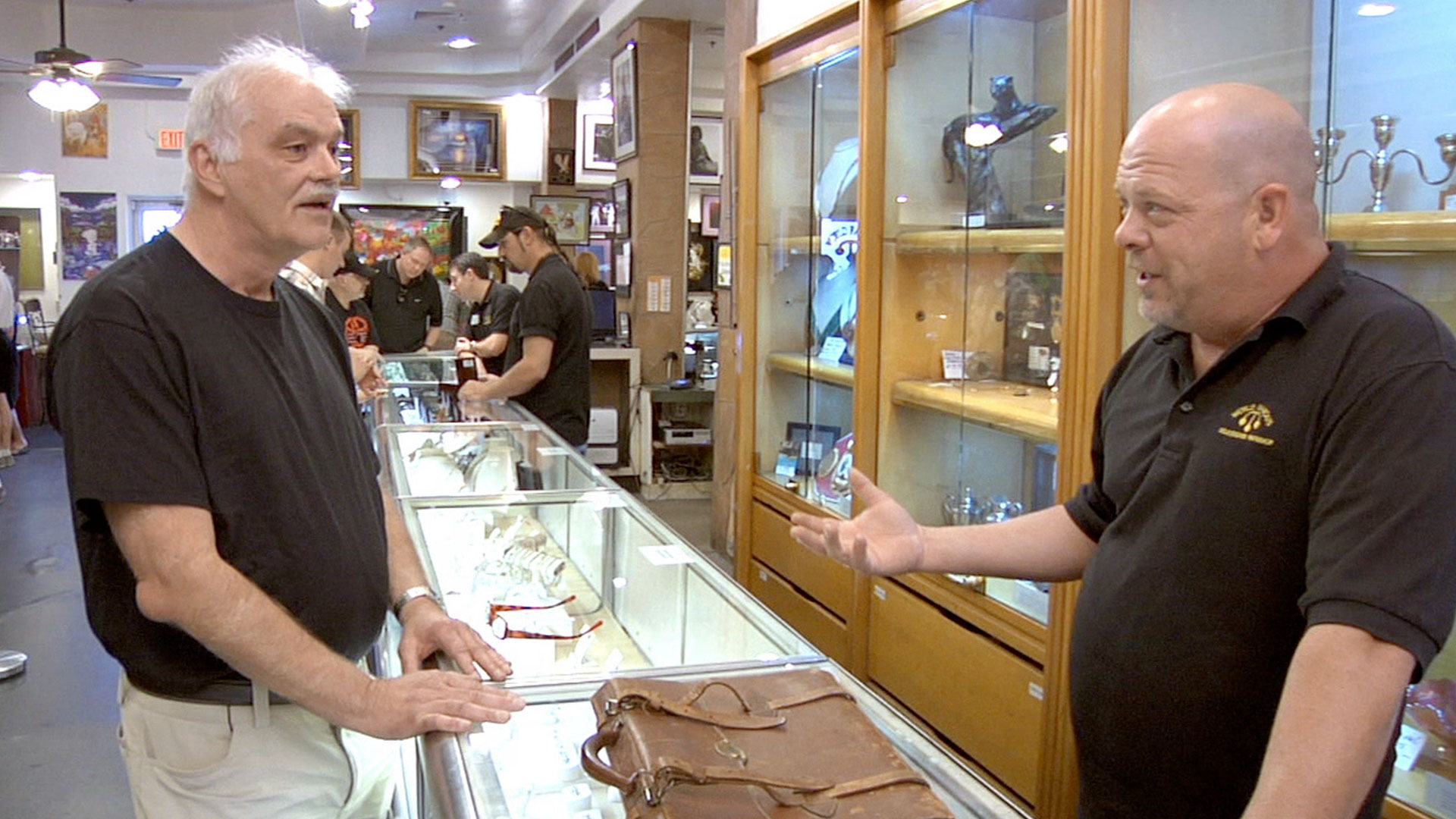 Fly high with the Pawn Stars when the guys check out a briefcase once owned by Charles Lindbergh. Will they be lucky like Lindy on this deal? Then, Rick and Chumlee look at a prototype combat vehicle produced for the U.S. military. The only one of its kind, will the guys try to buy it, or say “no tanks?” And later, Corey is the tie-breaking vote in a dispute between Rick and the Old Man. Will Corey’s willingness to take a bribe or two get him in trouble?