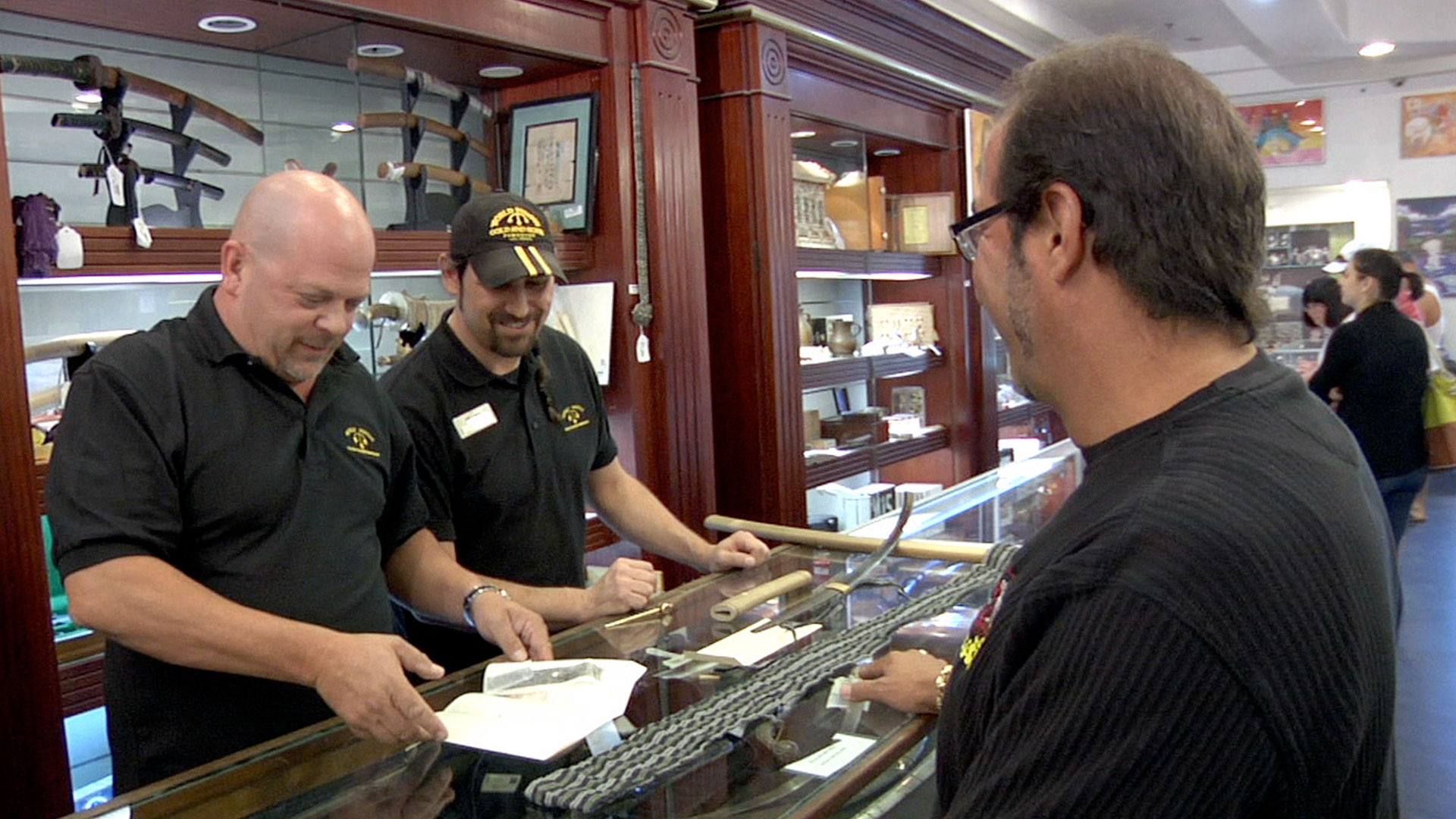 Spin a web with the Pawn Stars as Corey and Chumlee check out a copy of Amazing Fantasy #15, featuring the very first appearance of Spider-Man. Will the comic set off Chum’s “Spidey senses?” Then, Rick’s buddy Davey Deals drops by with a samurai sword from the 1500’s. Will they cut a cash deal, or would Rick consider a trade? And later, when Chumlee wants a promotion, he has to take a management test.