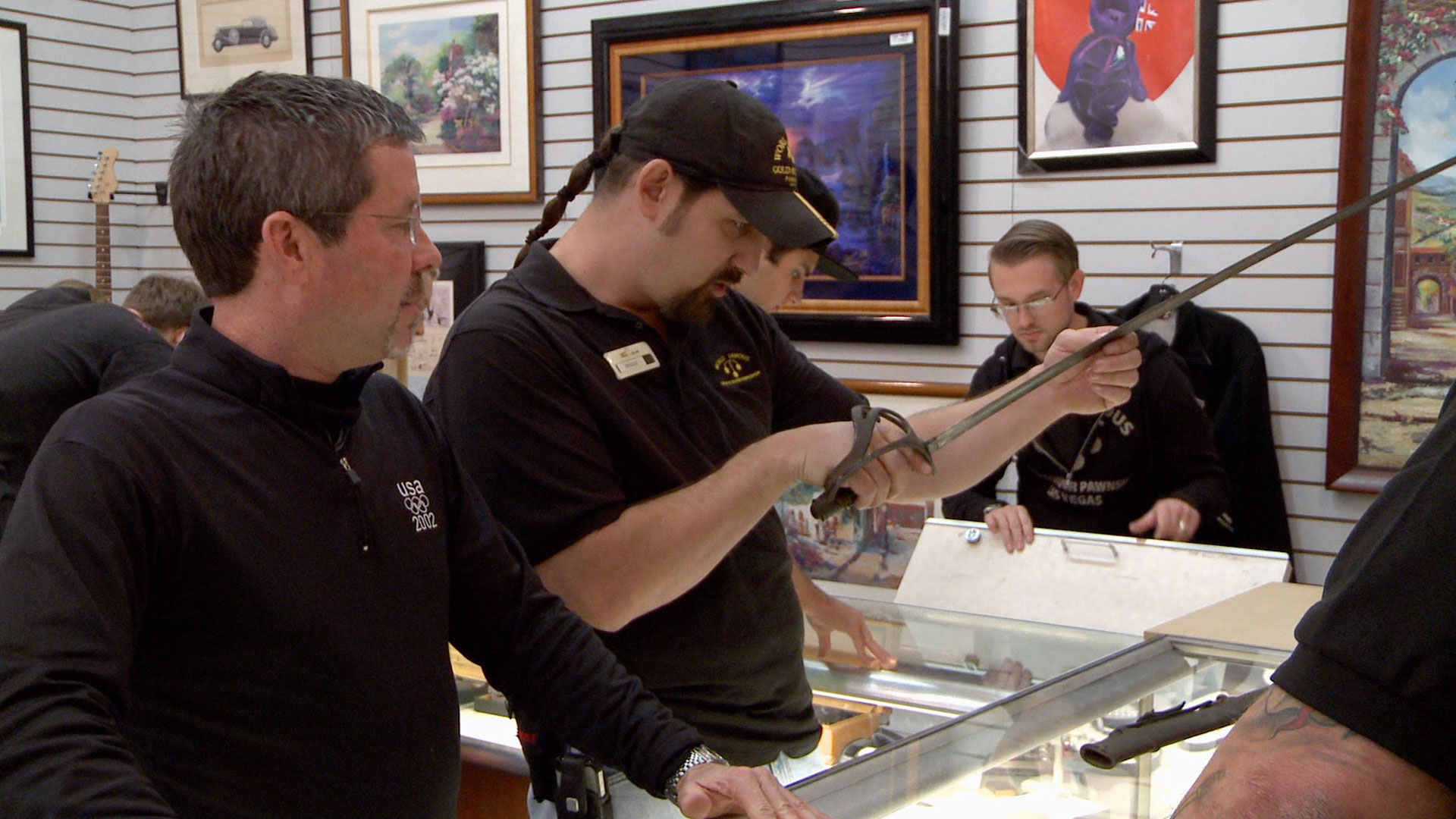 Charge into battle with the Pawn Stars when Corey checks out a Civil War era sword made by Tiffany & Co. Will he capture the unique weapon or be forced to retreat? Then, the Old Man sails down memory lane with some mementos from his former ship, the USS Chowanoc. Will this Navy nostalgia cause him to ship wreck or will he float away with a sweet deal? And later, when Chumlee misses his chance to retaliate on April Fool’s Day, the guys lay down the rules of pranking, but is the joke on him?