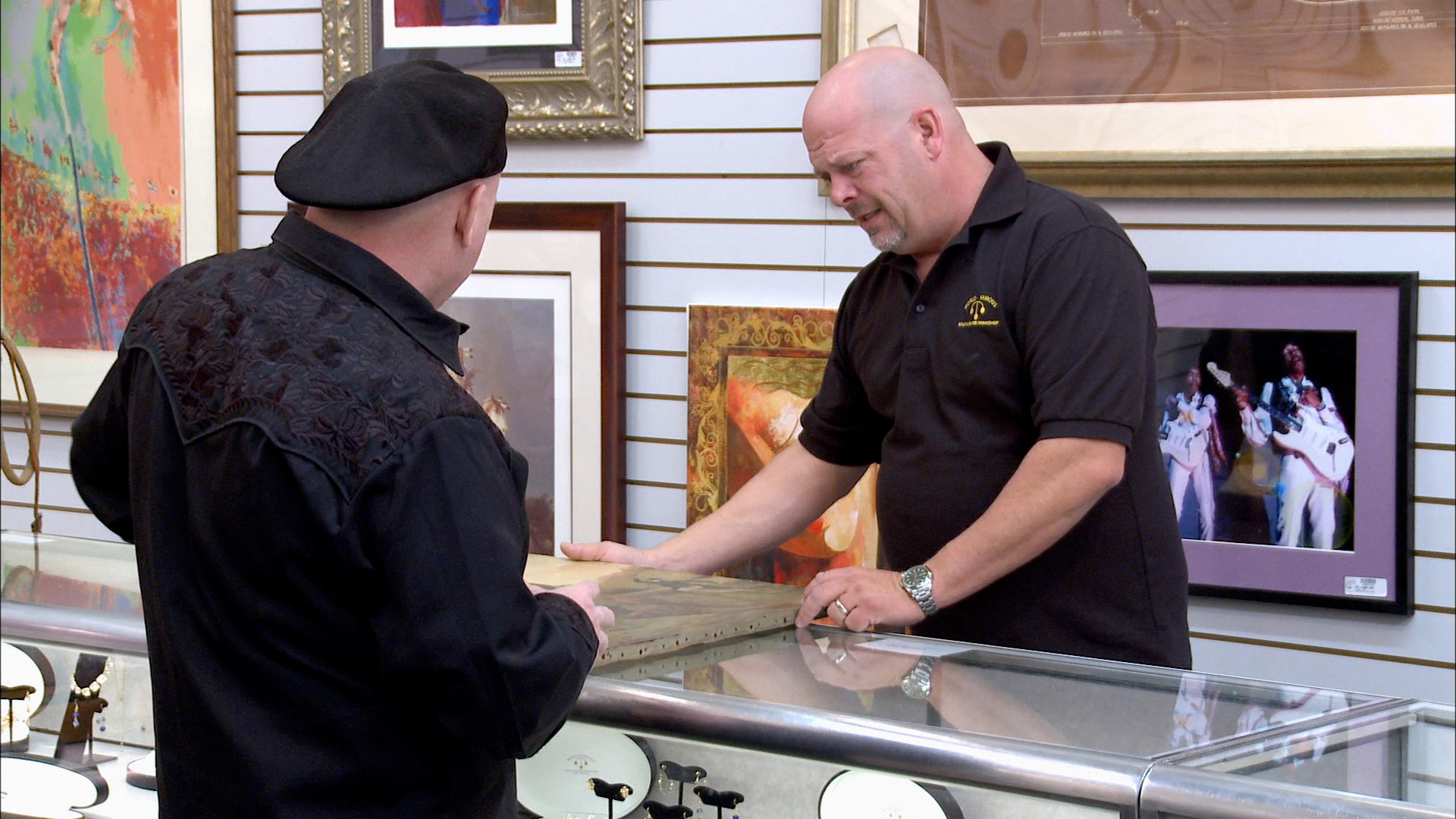 Ante up with the Pawn Stars when a poker cheating device finds its way into the shop. Will the guys cash in their chips and score this devilish instrument of deception or be forced to fold? Then, a mysterious suicide ring believed to be from WWII finds its way into Rick’s fingers. Will he move in for the kill or be stopped dead in his tracks? And later, Chum hosts his own poker night, but will his party be a full house or a royal flush?