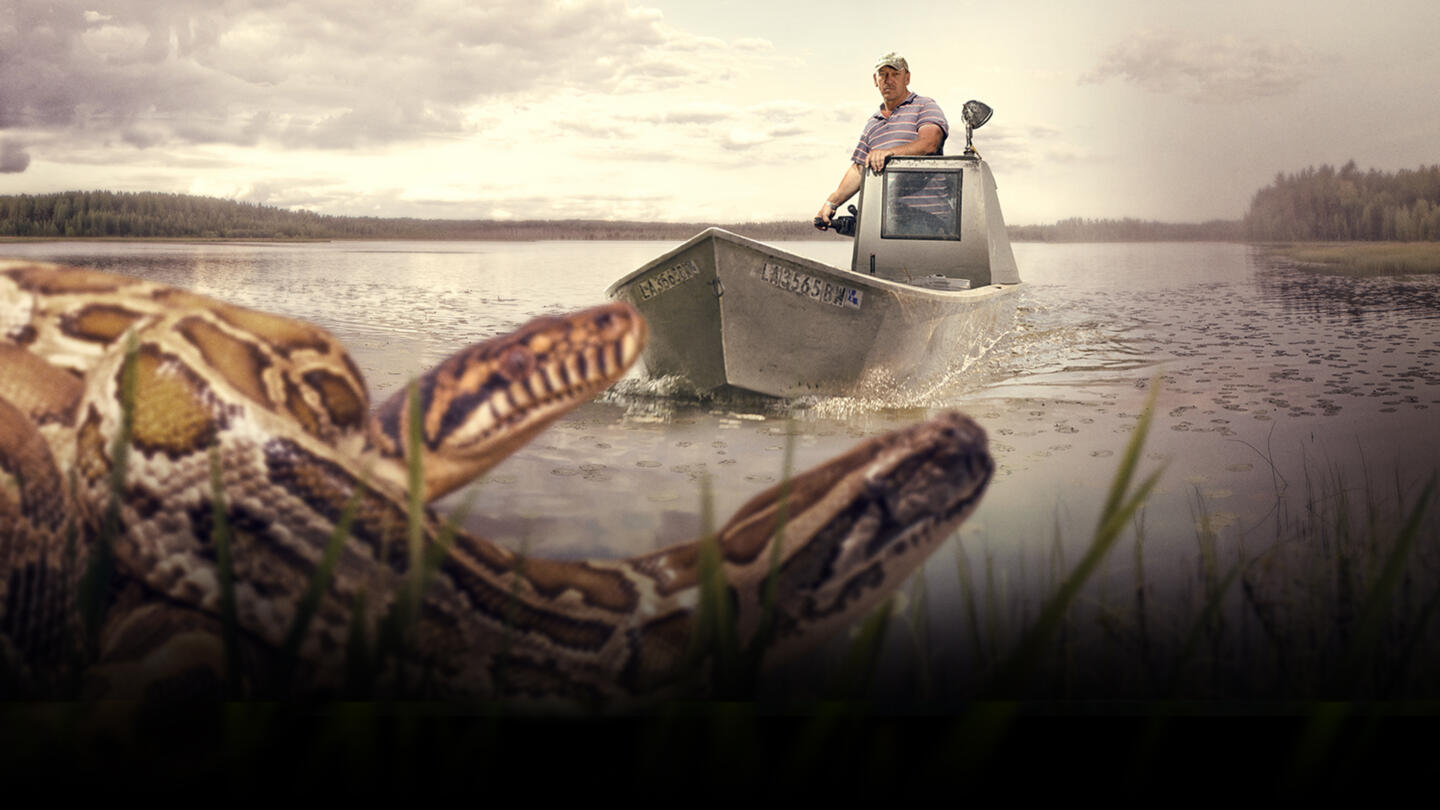 The Florida Everglades are under siege. An invasion of Burmese pythons is decimating this natural wonder of the South. Entire species of animals are being wiped out. Aggressive, ravenous and incredibly fast-breeding, these pythons have no natural predator to stop them…except for man.

To combat these serpents, the state created the Python Elimination Program. With alligator season over, Louisiana’s best hunters—”King of the Swamp” Troy Landry, his sharpshooting son Chase, legendary gator hunter Bruce Mitchell and big fish wrangler Zak Catchem—are stepping up to help. Together with professional snake hunter Bill Booth, the men dive deep into the underbelly of the Everglades to capture these sinister beasts.

In a primordial battle between man and snake, the swampers are determined to protect the community, native species and environment at all costs.

7 Invasive Species That Have Wreaked Havoc in the US

How Burmese Pythons Took Over the Florida Everglades

See Who Else Is Featured
By submitting your information, you agree to receive emails from HISTORY and A+E Networks. You can opt out at any time. More details: