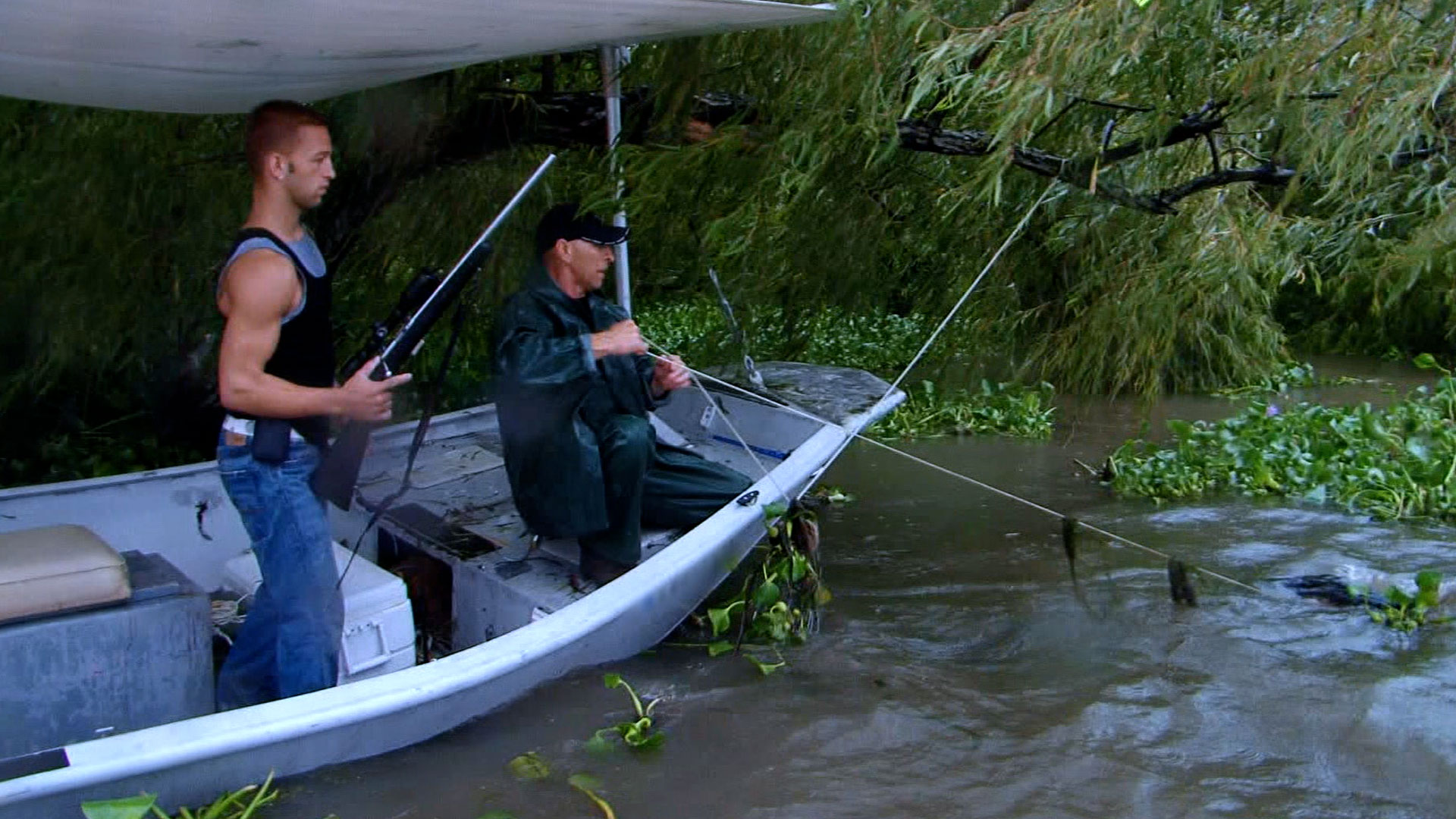 As a severe storm nears Southern Louisiana, the hunters are preparing for the worst. With his sharpshooter Liz still recovering from an injury, Troy and Jacob pit themselves against the gnarly weather. Troy uses an old Cajun strategy, employing a special bait to lure the gators despite the storm. Joe and Tommy are not on the same page. Tommy is looking forward to a day off, but Joe has a different work ethic. Joe is determined to run their lines in any weather, and despite protests, he drags Tommy along with him. R.J. and Jay Paul hunt in territory close to the Gulf–which means the winds are blowing even stronger. But Jay Paul isn’t worried. Native Americans put a lot of stock in their dreams…and Jay Paul dreamed about catching a large gator in the storm. While the rest of the swampers head to their lines, Junior and Willie are taking theirs down. Junior is on pace to tag out in time, and he doesn’t believe that fighting the storm is worth the money or effort.

By submitting your information, you agree to receive emails from HISTORY and A+E Networks. You can opt out at any time. More details:
Follow #SwampPeople