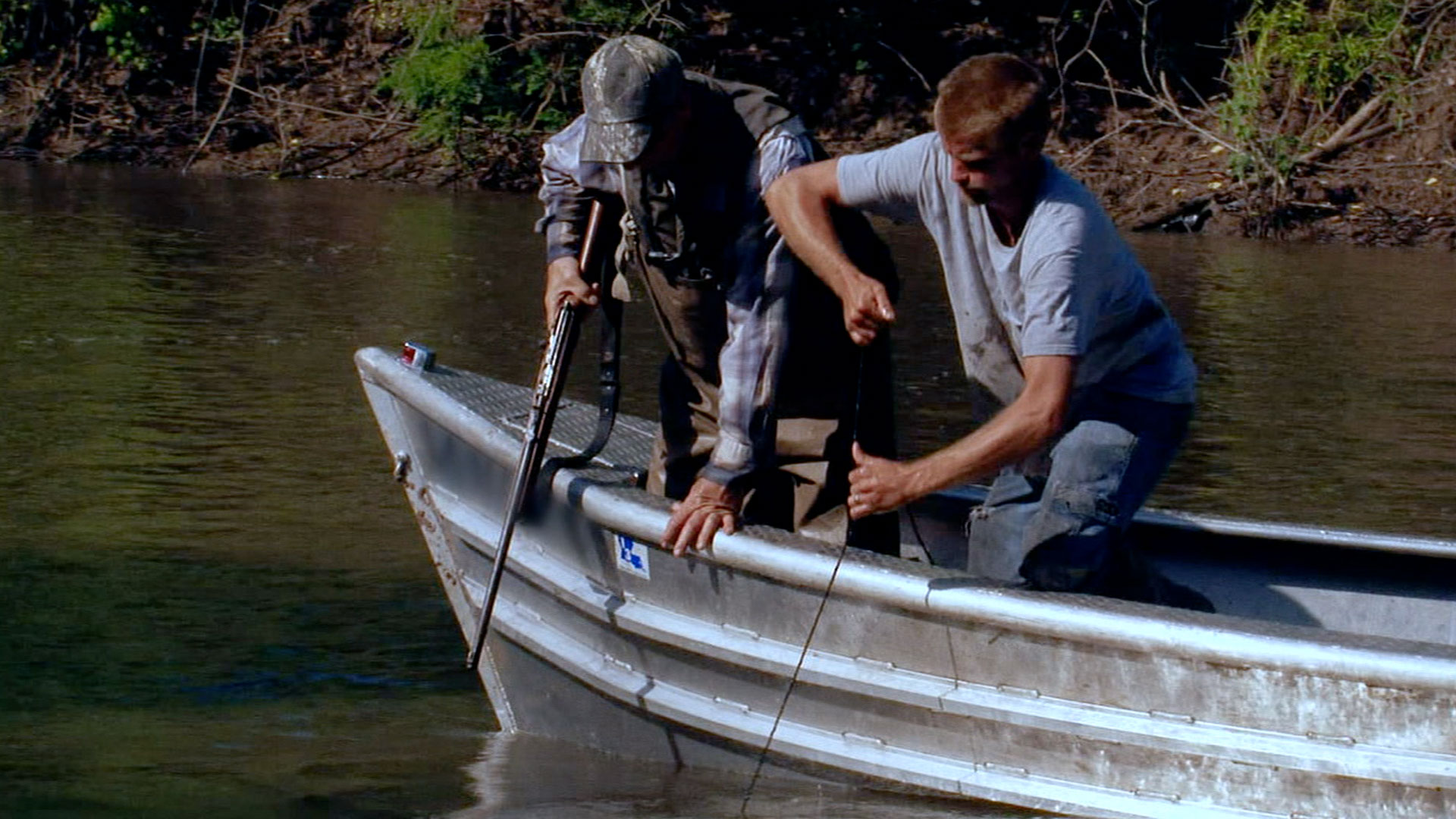 After being sidelined by an injury, sharpshooter Liz returns to Troy’s boat. An older Creole gentleman has reported that a monster gator–nicknamed T-Rex–has killed a dog and is threatening locals. To catch him, Troy and Liz must board their own pirogue, a rickety wooden contraption ill prepared to handle a large gator. Will their pirogue handle the hunt? Bruce Mitchell has his hands full with his greenhorn helper Nick. After a ton of rookie mistakes on Nick’s first day, Bruce puts Nick to the test and challenges Nick to show him what he’s learned. This season, Willie is captaining his own boat–as long as he keeps filling Junior’s tags. When Willie reaches his first line he realizes he’s brought along the oldest shotgun in the arsenal. Willie must find a way to bag gators and fill his tags before Junior ends his days as captain. Terral Evans has the day off and sets out to catch catfish by catfish noodling–jumping into the swamp and grabbing the fish with his bare hands.

By submitting your information, you agree to receive emails from HISTORY and A+E Networks. You can opt out at any time. You must be 16 years or older and a resident of the United States. More details:
Follow #SwampPeople