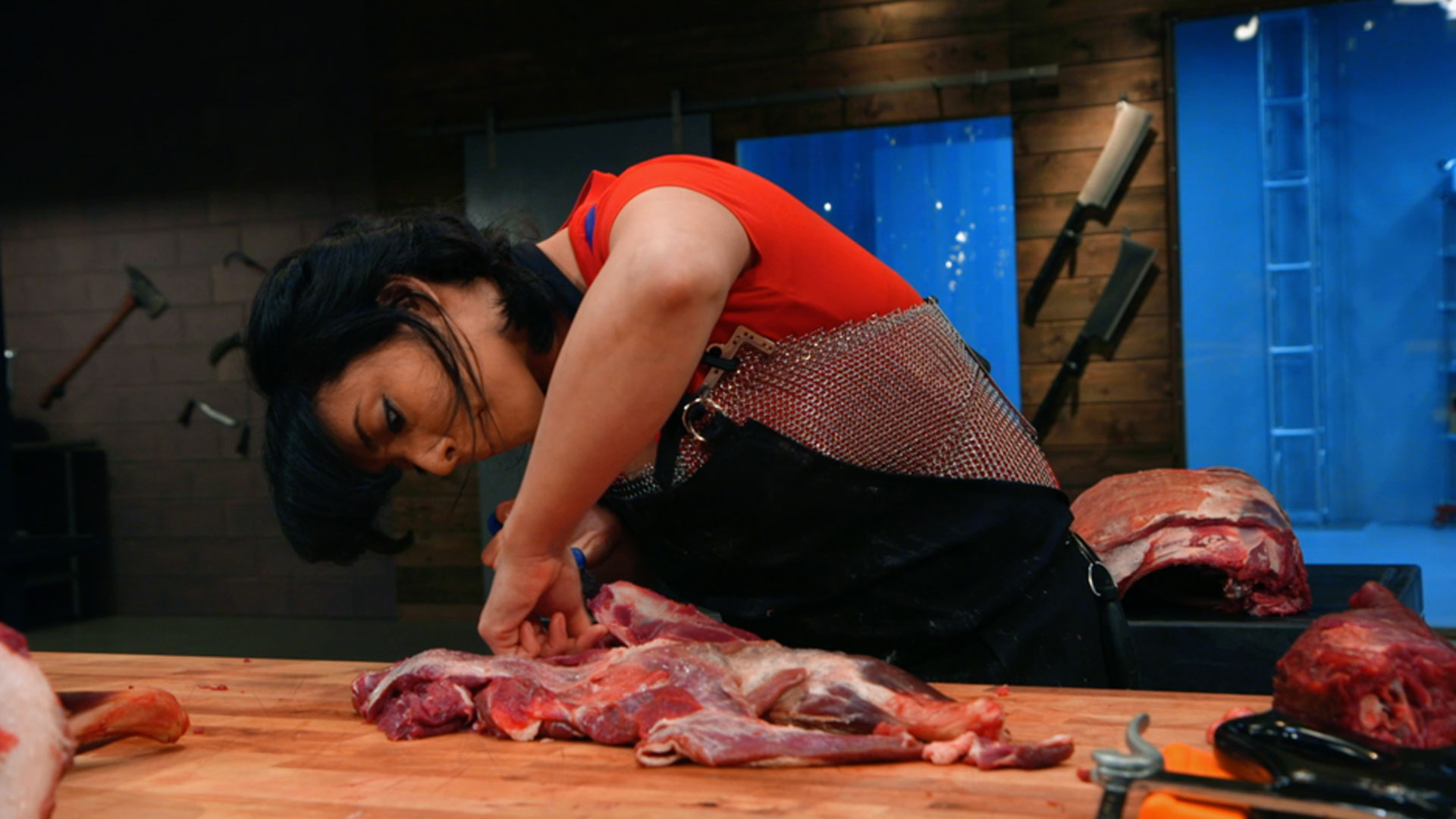 Four expert butchers bring their sharpest blades to slice through this demanding, first-of-its-kind test of skill. First, the butchers must break down an entire deer using only a traditional flint knife. With the clock ticking, the competitor with the least number of acceptable retail cuts is eliminated. The remaining three must cut steaks using only a skill honed in butchery–eyeballing the thickness without a ruler. The two competitors left standing move on to the final round to face off against a surprise beast: Wild Boar. Which butcher will yield the most meat value from this monster, be crowned Butcher Champion and take home $10,000?