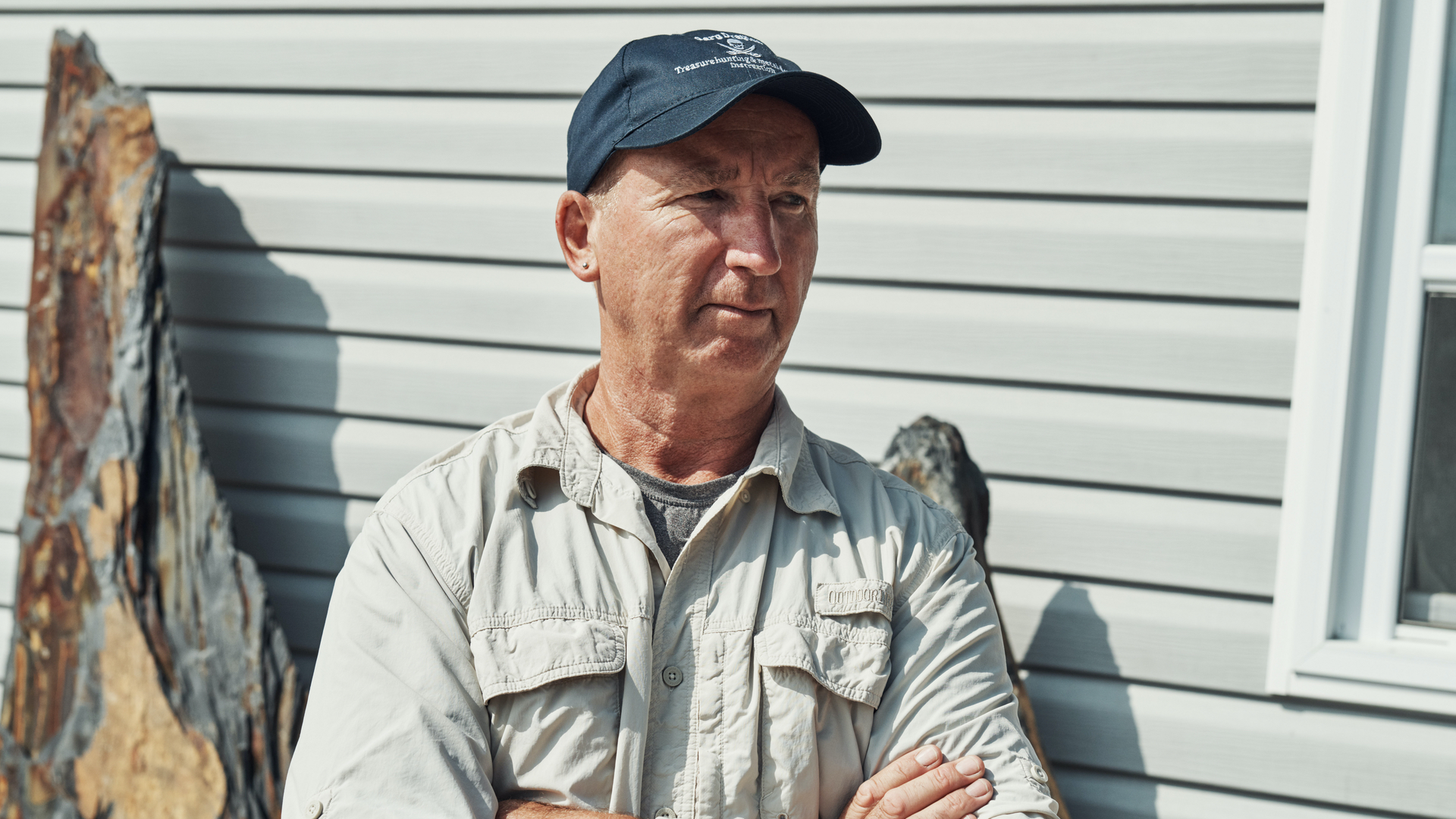 Fans of The Curse of Oak Island are always looking to see what exciting developments they can expect. What we do know is that treasure hunting brothers Rick and Marty Lagina and their team will be looking in new areas of the island—located on the south shore of Nova Scotia, Canada—with new technologies and theories. We also know that the swamp may play a bigger role this season.

This season, Gary Drayton (nickname: “Metal Detecting Ninja”) will be hard at work alongside the rest of the team and is excited about what will be revealed on the show. "I realize how many fans of the show are suffering through COVID, financially and [otherwise]," he says. "So if I can put a smile on these people's faces—these Oak Island faithfuls—that makes me happy. No matter how much swamp mud I'm covered in or how many mosquito bites I get."

Drayton spoke with HISTORY.com about the fellowship of the dig, whether he's found anything interesting lately and how what was found at the swamp may "potentially rewrite North American history."

WATCH:Full episodes of The Curse of Oak Island now.

Oak Island's history book has easily doubled if not quadrupled in size since the team arrived there. What does it feel like to be connecting with that history on the island and adding to its story?

That is why I always wanted to go to Oak Island. To me, it's so special because it’s the longest running treasure hunt in North America. I just can't believe I'm so lucky every [time] I drive across that causeway [to the island]. I take that enthusiasm with me every day.

The Lagina brothers found out about the Oak Island treasure hunt in Reader's Digest. How did you first discover it?

I was reading a book about treasures as a boy. I was supposed to be working on the farm and spend my life on a farm, but all I did was dream about faraway exotic islands and pirate treasure. When I first read about Oak Island, I clearly remembered reading about pirate treasure. That's why I have to pinch myself sometimes. I read about this as a boy in England and I'm now I'm here on Oak Island.

Are you there right now?

No. I raced home to give this interview. I'm actually covered in swamp mud. The team on Oak Island seems like a tight-knit crew.

Tell us a little bit about the fellowship of the dig.

The fellowship of the dig to me is kind of different because metal detection isn't really a team activity. This is the first time I've ever been involved in a treasure hunt with other people. [It] was a new concept and new to get used to it, and I love it.

The people on the dig all bring something special to the table. You have an opportunity to learn something and add to your specialty. Everybody's a normal guy. There's no ego and everybody has the same goal. It's like working with your best friends. It's fantastic.

Your joy of treasure hunting is contagious. Fans eagerly anticipate the unique, remarkable finds you refer to as ‘Bobby dazzlers,’ and artifacts so important they receive VIP placement in your top pocket. What do you love most about treasure hunting on Oak Island?

Recovering artifacts, knowing that you are the first person to touch Bobby Dazzlers or a top pocket find in 100 or 150 years…I think about the person who lost that coin or button or buckle or especially the Bobby Dazzler, like a brooch. They must have been heartbroken when they lost that, because that must have been worth a lot of money back in the day.

Even if it's just an unforged square nail. I also think, 'Wow, this is beautiful.' Some craftsman made this unforged nail by hand two, three, 400 years ago and it was probably tedious. It was…hard work, and I get to see the craftsmanship. They could never imagine the future and me standing there using this high-tech metal detector and getting excited about something that, to them, was probably mundane [work] back in the day. That connection to the past is why I get so excited.

Let's talk about your 'top pocket' home-run finds like that ancient brooch with the red gemstone and the Templar cross. Can you tell us about your most recent top pocket finds on the island?

I can't kiss and tell, but let's just put it this way: I have got a zipper on my top pocket and I'm in danger of wearing that zipper out. This has been a fantastic year for Bobby Dazzlers and top pocket finds for sure.

It appears the C1 tunnel excavation is back in the spotlight this season. There has been a lot of focus on C1 over the years: The cameras picked up on the gold shiny object, then there was a hammer grab that brought up wood, then divers were sent down to explore the cavern at the bottom, but came up empty-handed. I hear the team is digging around there again. What are they looking for?

What's going on in the swamp?

I can't say too much…Where one door closes, another one opens. What we found in the swamp this year is going to blow everyone away and potentially rewrite North American history. We're all baffled. What we have found was hidden in plain sight. What better place to hide something fabulous than a swamp.

Let me just put it this way: Even Marty is happy to be in the swamp this year.

Is there anything else you can share about the new season?

There are certain legends about Oak Island. You hear about legendary objects connected to [the island] and we got to hold some of these legendary Oak Island objects in our hands this year. That is pretty special. Fans are going to love it. [It] is bloody fantastic.

By submitting your information, you agree to receive emails from HISTORY and A+E Networks. You can opt out at any time. You must be 16 years or older and a resident of the United States. More details:
Follow #CurseOfOakIsland